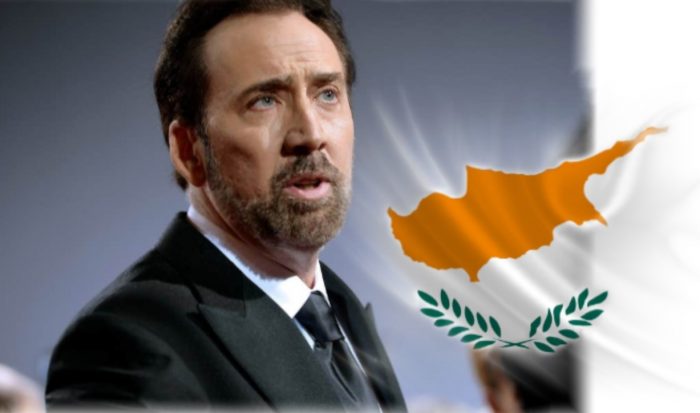 Well-known actor and filmmaker Nicolas Cage will arrive in Cyprus on June 24 to begin filming his new movie, dubbed ”Jiu Jitsu.”
This is what Cyprus’ Alpha TV recently reported.
“Jiu Jitsu,” a science fiction movie, will involve Nicolas Cage having to fight against a super-strong alien which comes to Earth on a mission to destroy.
The writer and director of the film is Greek-American Dimitri Logothetis, who with Jim McGrath wrote a book with the same title as the new film.
The overall cost of the film is believed to be in the neighborhood of €25 million and it will be co-produced by Logothetis and Martin J. Barab.
The entire film will be shot in two Cypriot villages near the capital of Nicosia.
The villages of Mammari and Lympia will host the crew of the production team, and their surrounding landscapes will provide the entire backdrop of the movie.
The area of Mammari is home to some breathtaking limestone caves, something that makes it ideal for shooting this type of movie, with its dramatic themes of an alien takeover.
According to reports, the filming on Cyprus will last for approximately three weeks.
Cage is a 55-year old American actor who has won one Academy award, or “Oscar,” so far in his career.
He won in the category of Best Actor in 1996 for his performance in the dramatic movie ”Leaving Las Vegas.”