GRNews
GreekReporter.comGreeceEight Politicians Who Marked the Tsipras Era in Greece

Eight Politicians Who Marked the Tsipras Era in Greece 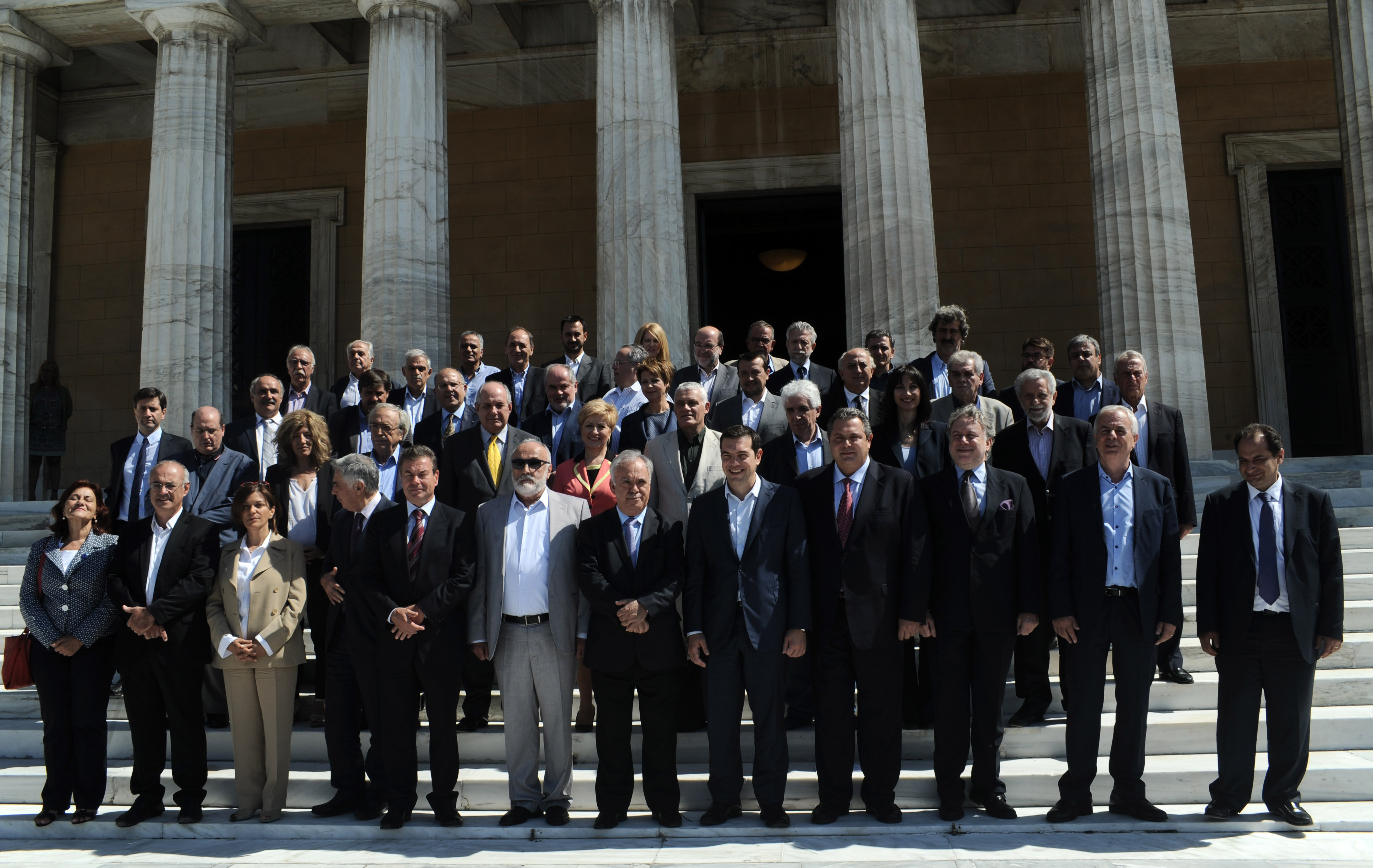 Ever since the administration of Alexis Tsipras resigned and called for early elections, now scheduled for July 7, Greece’s Syriza and New Democracy Parties have been in a state of pre-election war with each other.
The departing party claims that New Democracy will bring Greece back to the dark days of bailout programs and austerity, while the conservatives say that the real dark days were the four and a half years of leftist rule.
The Syriza administration, with the help of junior coalition partner the Independent Greeks (ANEL) was the first leftist government in Greece’s entire political history.
Prime Minister Alexis Tsipras overlooked the paradox of ruling with the help of the hard right-wing Independent Greeks of Panos Kammenos, forging a leftist path which started off with clashing with Greece’s lenders, the International Monetary Fund, the European Commission and the European Central Bank — the so-called “troika.”
It wasn’t long, however, before Tsipras began following policies which differed very little from those of his predecessors. 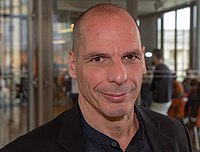 Yanis Varoufakis, Greece’s flamboyant finance minister during the first six months of the new government, soonbecame the star of the showdown with Greece’s creditors. Presenting the troika as the bad guys, he tried to pass off his dubious ideas and theories as the plan that would get Greece out of austerity.
The self-proclaimed “default Marxist” boldly confronted and challenged all the eurozone finance ministers and financial institution leaders, which soon made him persona non grata in Eurogroup meetings.
His tough stance towards creditors made him a national hero for a total of five months, until he imposed capital controls, on June 28, 2015, several days before the expiration of the bailout program proposed by the troika. He resigned on July 6, just before the third, and harshest, bailout program was signed.
The nation of Greece will never be able to know if his suggestions would indeed have loosed them from the shackles of its creditors. 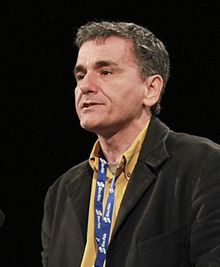 Varoufakis was replaced by Euclid Tsakalotos, an economist and university professor. Although he declared himself a communist, his moderate stance was accepted by Greece’s creditors, who viewed him as someone they could actually negotiate with after their colossal disagreements with his eccentric predecessor.
Tsakalotos followed to a T all the requirements of the new bailout program and implemented most of the reforms, albeit all with considerable delays. Although his Greek language skills were not at a high level since he grew up in the UK, his mild manner endeared him to the Greek people. 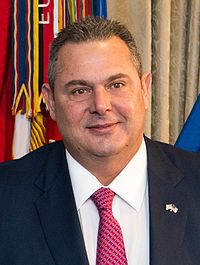 Panos Kammenos, the president of the Independent Greeks Party, was one of the most controversial personalities in modern Greek politics. A former New Democracy minister and hard-rightist, Kammenos agreed to govern with a leftist prime minister so he could become Defense Minister. He publicly praised Tsipras from day one, but proved to be a vulgar personality in the House by the manner in which he addressed his opponents.
Kammenos was involved in several acts of wrongdoing, but was saved by the immunity which Greek parliament members enjoy. But what many patriotic Greeks will never forgive him for is his support for Tsipras regarding the Prespa Agreement.
Although he threatened that he would topple the government if the new name for FYROM included the word “Macedonia,” he was not true to his word. He resigned in January of 2019 and instantly began badmouthing the prime minister, but it was too late.
His party was thrashed by voters in the European Parliament elections in May, and he recently announced that ANEL would not run in the Greek parliamentary elections. 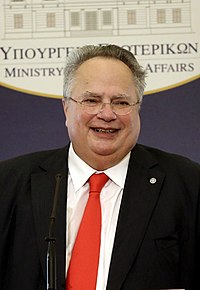 Nikos Kotzias is despised by some patriotic Greeks for being the key player in the drafting of the Prespa Agreement. He was the politician responsible for bringing the deal to the table for Tsipras to sign.
A hard-leftist, he had provoked Greeks with his views on several national issues such as the rights of Turkey in the Aegean.
Kotzias is said to have been “sacrificed” by Tsipras in order to keep Petros Kammenos from pulling out of the coalition after the Prespa Agreement was signed. The two ministers had fierce arguments in Parliament, devolving into lawsuits from both sides after Kammenos accused the Foreign Minister of being bribed to sign the agreement with Skopje. 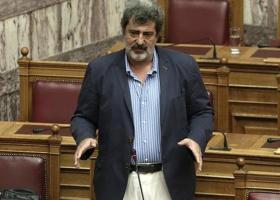 Deputy Health Minister Pavlos Polakis has achieved more renown for his outrageous posts on Facebook than his work as head of Greece’s Health Ministry. Seen as brutish, offensive and vulgar, Polakis cost Syriza many votes in the local government and European parliament elections in May of this year.
Polakis had notoriously stated during his term that he “should have put certain journalists six feet under” for criticizing his work, and insulted a New Democracy Party candidate for the European Parliament for being a person with special needs.
He called Greece’s 76 deaths from the N1H1 virus “a small number,” repeatedly offended opposition MPs and often used hate slogans from the time of Greece’s Civil War. No one seems to be able to remember what Polakis did for Greece’s health system. 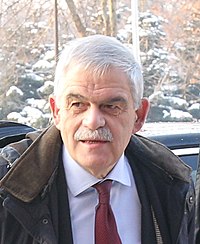 Nikos Toskas was Greece’s deputy citizen protection minister who happened to be at the post during the wildfire disaster at Mati which cost the lives of 102 people. Despite the fact that police and fire departments made many errors in the firefighting efforts, Toskas claimed that nothing had gone wrong operationally. Nevertheless, he resigned a week later.
During his term, crime rates also went up, but he claimed they were at the same level as during previous administrations, and had even improved in some cases. He winked at the anarchists who burn and vandalize property and attack police in Greece almost on a daily basis, calling them political “collectives” with whom he would be glad to have a discussion. 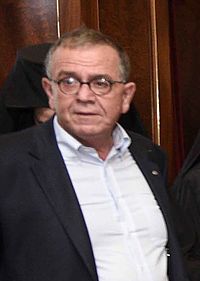 Yiannis Mouzalas, who was alternate minister of immigration policy, happened to hold the post during the recent influx of migrants, at the very height of the refugee crisis. A founding member of the Greek chapter of Doctors of the World, Mouzalas worked diligently and tirelessly at the gargantuan task of handling the tens of thousands of arrivals of desperate refugees and migrants to Greek shores.
Mouzalas was also instrumental in striking the deal between Turkey and the EU in March, 2016 for sending back refugees to Turkey, an agreement which unfortunately never materialized. The reason behind his resignation, in February of 2018, remains a mystery. 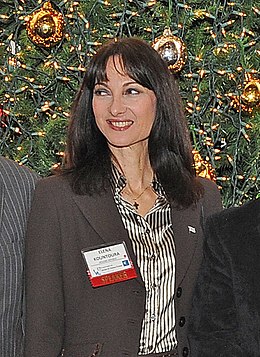 A member of the Independent Greeks Party, former model Elena Kountoura was given the post of Minister of Tourism at a time when Greece needed as much revenue as humanly possible from the tourism industry. During her term, Greek tourism broke new records for foreign tourist arrivals year after year, reaching the staggering number of 32 million in 2018.
However, the tourism minister generated controversy when she backed Tsipras in the ratification of the Prespa Agreement in the Greek Parliament.
Despite her longtime aversion to the use of the name “Macedonia” for FYROM, Kountoura finally gave her precious vote for the deal, which passed with the slimmest possible majority. Tsipras rewarded the Tourism Minister by giving her a candidacy for a European Parliament seat representing Syriza, which she received in the May elections.