GRNews
GreekReporter.comGreeceGreece Mulls Purchase of F-35 Fighter Jets from the US

Greece Mulls Purchase of F-35 Fighter Jets from the US 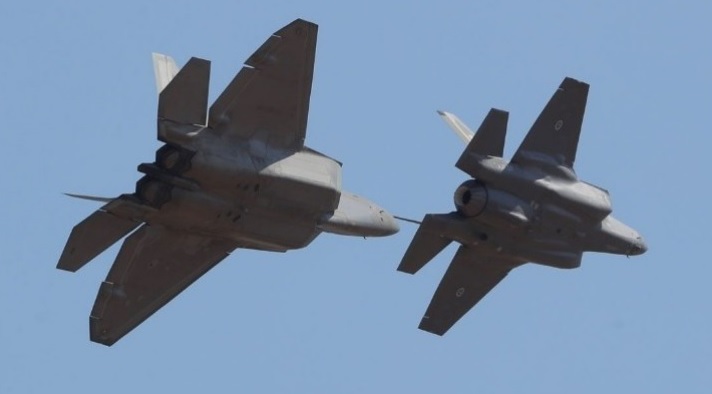 Greece is among the potential buyers for new F-35 fighter jets from the United States, according to Admiral Mathias Winter, head of the Pentagon office for the F-35s. The information was made public in a Reuters report which came out on Tuesday.
According to Admiral Winter, Greece, Singapore, Romania, Spain and Poland are all among the future potential buyers of the aircraft.
Interest in this specific aircraft has also been expressed by Finland, Switzerland and the United Arab Emirates. Following the recent Pentagon agreement with Lockheed Martin, which foresees a 8.8 percent discount on the purchasing cost for the state-of-the-art aircraft, interest from prospective buyers is expected to rise.
The Lockheed Martin F-35 Lightning II is a family of single-seat, single-engine, all-weather stealth multirole fighters. The fifth-generation combat aircraft is designed to perform ground-attack and air-superiority missions.
It has three main models: the F-35A conventional takeoff and landing (CTOL) variant, the F-35B short take-off and vertical-landing (STOVL) variant, and the F-35C carrier-based catapult-assisted take-off and arrested recovery (CATOBAR) variant.
The US plans to buy 2,663 F-35s, which will provide the bulk of the crewed tactical airpower of the US Air Force, Navy, and Marine Corps in the coming decades. Deliveries of the F-35 to the US military are scheduled until 2037, with a projected service life up to 2070.