Supercars and Superstars Galore on Mykonos for Gumball 3000 Rally (video) 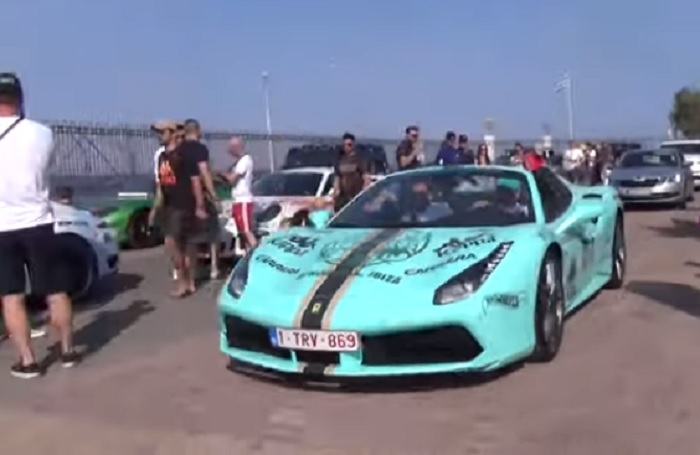 The glitzy island paradise of Mykonos served as the starting line for the 2019 version of the Gumball 3000 Rally, an annual supercar road trip which this year will finish in Ibiza, Spain.
Dozens of luxury cars lined up on the cosmopolitan Greek island for the start this past weekend.
Taking place from June 7-15, 2019, the event started with a two-day celebration on Mykonos, before it will travel through another eight countries before it proceeds to Ibiza, where the rally will conclude with a weekend-long party.
Started in 1999, the Gumball 3000 Rally this year will have drivers travel along a different 3000-mile-long route, through capital cities and in front of hundreds of thousands of fans and photographers.
The Gumball shuts down famous landmarks in each city it passes through, where spectacular static car displays take place which are well-documented by the world’s press. The famous Gumball parties are also a much-anticipated highlight of the annual event. 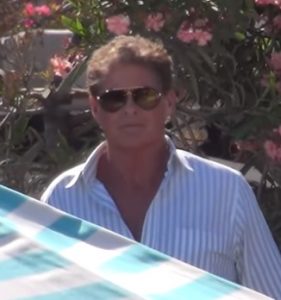 Among the celebrity guests for the event is David Hasselhoff. The star of the television series “Knight Rider” and “Baywatch,” who is beloved in Greece, is known for his passion for fast and expensive cars.
The Mykonos Live TV webcam caught Hasselhoff at Nammos at Psarrou Beach, dining with his wife, Hayley Roberts, whom he married last July in Italy. This is the popular American actor’s third wife.