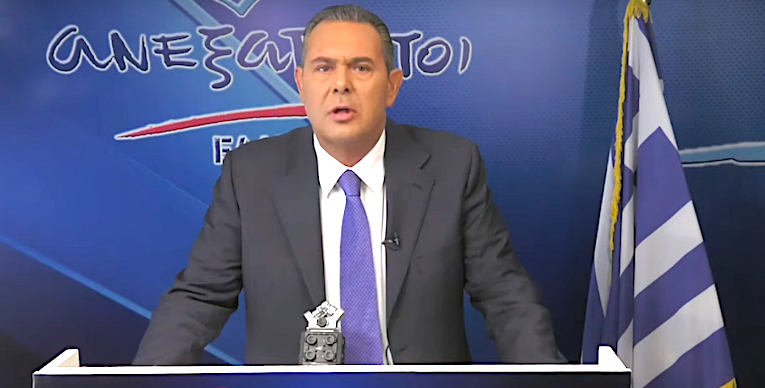 Independent Greeks (ANEL) will be out of the July national election race, chief Panos Kammenos announced on Sunday afternoon, after the meeting of the party’s national council.
After stating the achievements of the party as junior coalition partner with Syriza, Kammenos said that, “We are entering a new era in Greek politics, the Greek people have expressed their opinion. They have voted for political change. I recognize the victory of Kyriakos Mitsotakis and the New Democracy party in the European elections and I sincerely hope that it will be able to bring about the political change mandated by the Greek people.”
The ANEL president stated that above all, his main concern is political stability for the country.
“For this reason, Independent Greeks and I we decided today to announce our choice not to participate in the parliamentary elections that will take place next month. We have listened to the voice of the Greek people. It is my duty to continue serving the Greek people. I will remain active. I will work with the people, both the natives and those of the Diaspora, to support unity and promote the interests of the Greek people.”