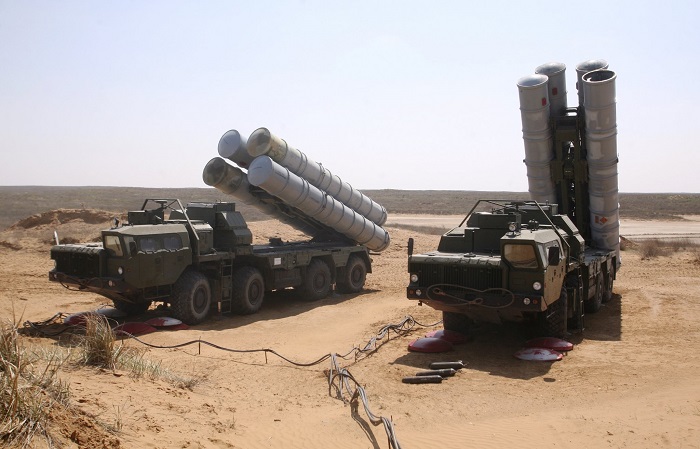 Turkey may deploy a long-range S-400 missile-defense system it is expecting to receive from Russia along the southern Turkish coast, across from Cyprus, Bloomberg reported on Thursday.
Citing confidential sources, Bloomberg said that Ankara is considering deploying the battery, which may be delivered within the next few weeks, close to the area where it has warships accompanying survey vessels exploring for gas deposits in the East Mediterranean.
“All we know is that the issue of S-400s is a dealbreaker for the U.S.,” Timothy Ash, a strategist at Blue Bay Asset Management in London was quoted as saying. “If Turkey gets S-400s it can deploy them wherever they like.”
Washington has threatened Ankara with sanctions over the S-400 purchase amid concerns that having such military hardware in NATO-member Turkey would allow Russia access to sensitive military information.
Ankara had just issued a new NAVTEX blocking an area near Cyprus‘ northern coast on Thursday.
Turkey says that it intends to conduct exploratory drilling in the broader area of the Gulf of Alexandretta, using the research vessel ”Rowan Norway.”
”Rowan Norway” is a Norwegian vessel that the Turkish Petroleum International Company has leased to conduct its energy resource exploration in the Eastern Mediterranean.