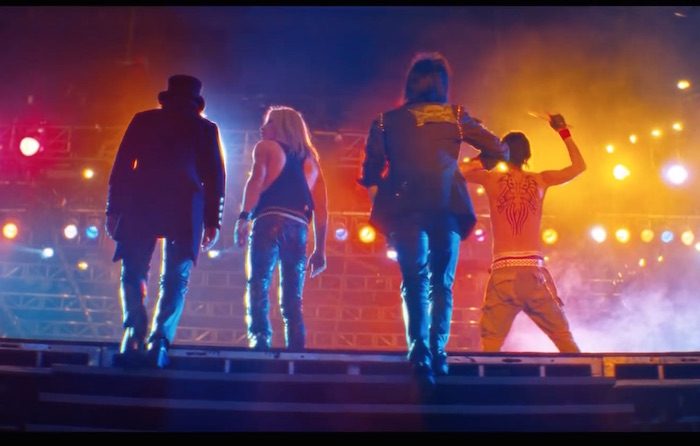 Could Motley Crue get into the Rock and Roll Hall of Fame after all? In a new poll by Rock Hall, fans voted them into the top spot of the list.

The band’s own bassist, Nikki Sixx, had previously said that the group is probably ineligible, considering their past behavior. “We don’t have any plans because we were told by the Hall of Fame that we would never get in, because of how we’ve acted,” Sixx said.

However, it seems that fans still love Motley Crue and their music, despite their antics. The “Voice Your Choice” poll is supposed to give music listeners the chance to nominate who they feel is most deserving of inclusion in the Rock and Roll Hall of Fame.

The group is enjoying a recent resurgence thanks in part to the Netflix film “The Dirt”, which is based on their lives and their music careers.

Tommy Lee hasn’t been as sure as Sixx in the past that the band is definitely out of the running.

The Rock and Roll Hall of Fame has included performers in the past thanks to audience polls, so Motley Crue’s possible inclusion in the illustrious institution remains to be seen.

Netanyahu Jr. Blasts Turkey as “Founded Upon the Greek Genocide”