GRNews
GreekReporter.comGreeceCeremonies for the 100th Anniversary of the Pontic Genocide Culminate at Turkish... 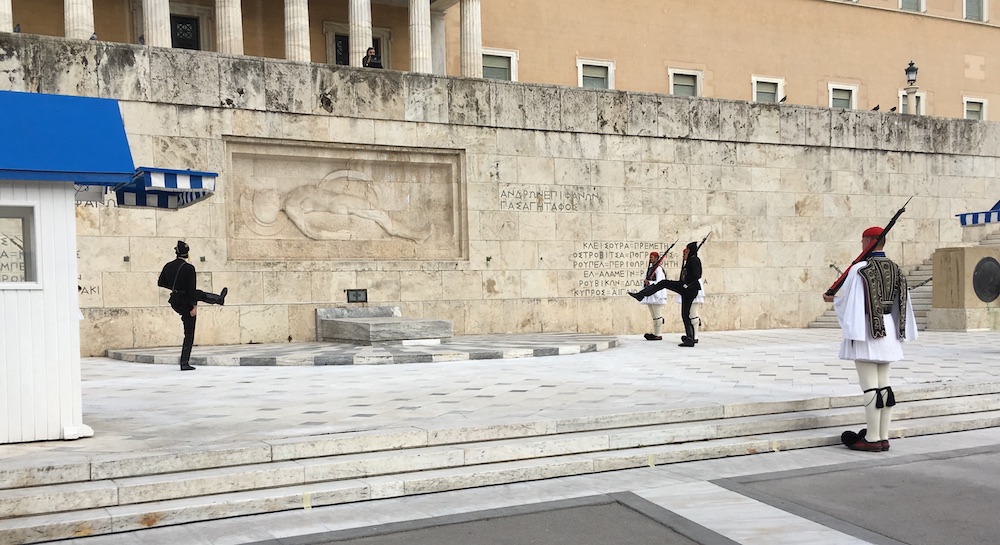 The ceremonies for the commemoration of the 100th anniversary of the Pontian Greeks’ genocide on Sunday culminated at the Turkish Consulate, with Pontic associations delivering a resolution there. 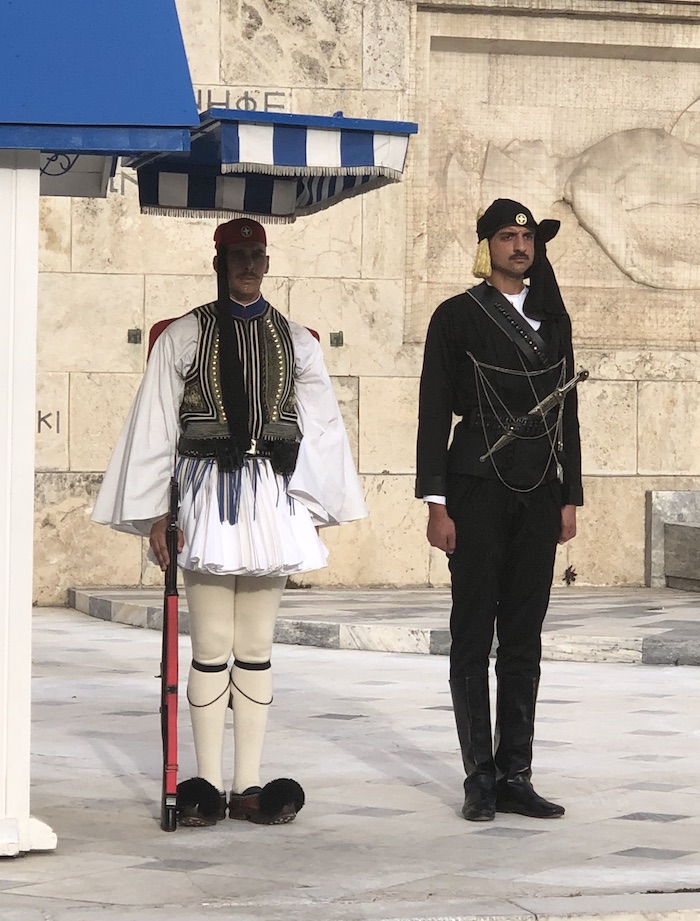 The ceremonies, which were organized by the Pan-Pontian Federation of Greece, started at the Metropolis of Athens with a memorial service. Dozens of state officials and representatives of Pontic associations attended the liturgy at the Cathedral.
After the liturgy, there was a procession to the Tomb of the Unknown Soldier at Syntagma Square. There, the ceremony of the Change of the Presidential Guard was conducted by Pontian Evzones in their own traditional uniform.
Pontian activist Tamer Cilingir delivered a speech, which was followed by a wreath-laying ceremony at the Tomb of the Unknown Soldier. 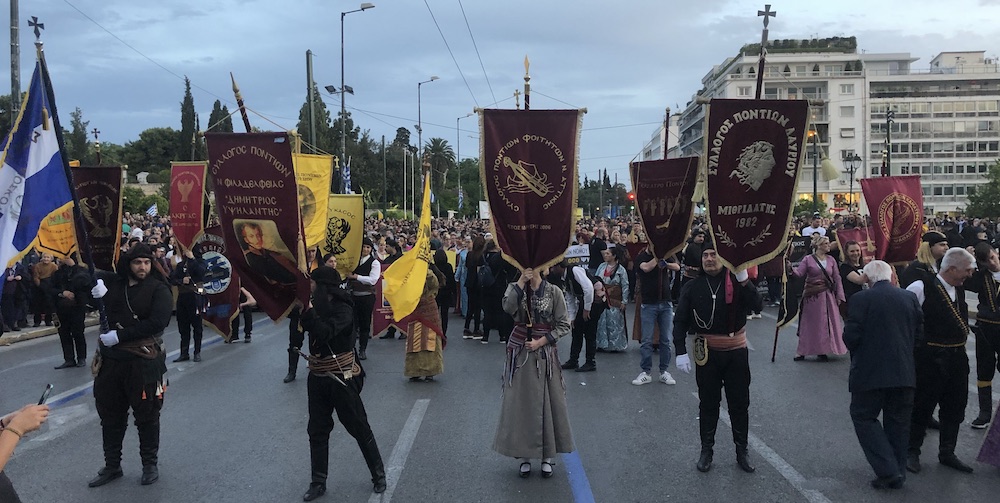 100th anniversary of the Pontian Genocide in Athens' Syntagma

The Greek Presidential Guard, the Evzones, mark the 100th anniversary of the Pontian Genocide in Athens' Syntagma Square on Sunday

Pontic song and dance at the Odeon of Herodes Atticus
A beautiful and moving performance to commemorate and honor the victims of the Pontic Genocide followed the liturgy and the wreath-laying ceremonies earlier in the day. The performance, including scores of musicians and dancers, was titled “Pontus: Crucifixion and Memory.” 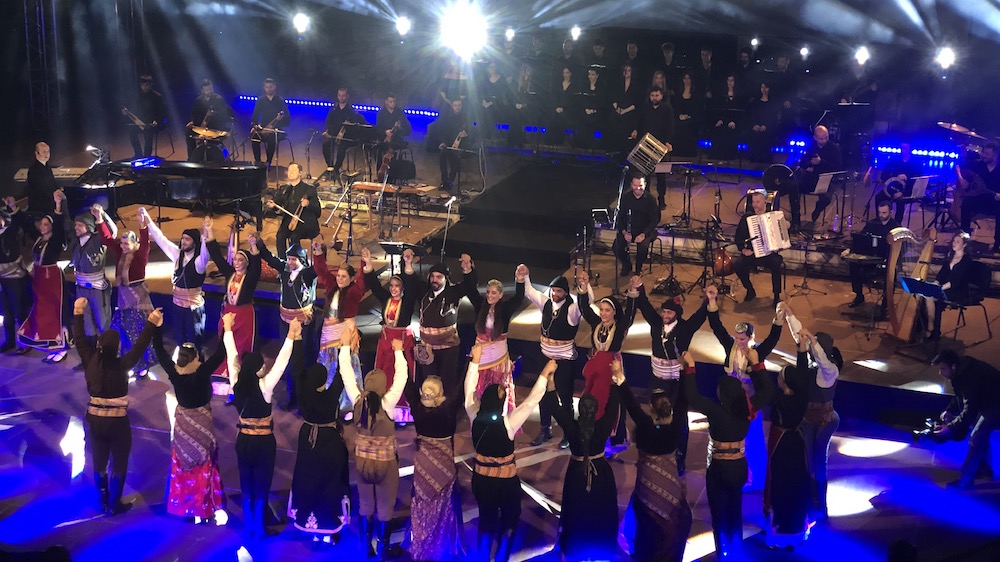 Many acclaimed singers and musicians, including Giorgos Dalaras, Konstantinos and Matthaios Tsachouridis, Elena Kelessidou, Melina Aslanidou, Eleni Ouzounidou, Haik Yatzidyan, Sarina Krous, Pela Nicolaidi and Christos Kaliontzidis performed at the iconic Odeon of Herodes Atticus theater.
The stirring event was organized by Efxinos Leschi of Athens. Prime Minister Alexis Tsipras and Archbishop Ieronimos were among the audience at the evening’s performance. Videos of the performances can be viewed via the links below. https://www.facebook.com/GreekReporter/videos/829271230763437/