“Nick the Greek,” The Immortal “Gentleman of Gambling&quot; 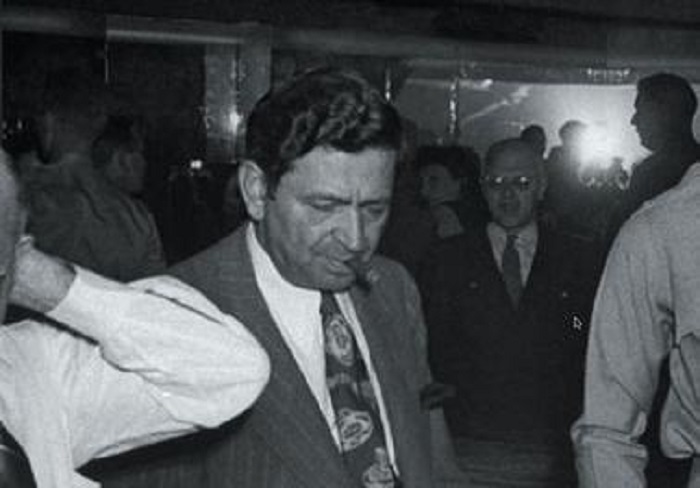 On Christmas Eve 1966, “Nick the Greek” took his last breath, leaving behind an almost-mythical life spent as the high-stakes “Gentleman of gambling.”

Imagine America at the beginning of the twentieth century. Imagine a bar just like The Cotton Club… picture the club’s characteristics, including the secret rooms behind the clubs, just like the ones we’re used to seeing in the movies with the gamblers holding their breaths.

Now picture one gentleman with a cigar in his mouth, yet with an aristocratic style. With an open, honest look on his face, he begins collecting all the chips on the table, gathering them to himself with admiration and jealousy swirling around him.

If we’re able with our imagination to transport ourselves back to the America of that era, we would be visualizing the immortal, iconic figure of Nikolaou Andrea Dandolou — better known as “Nick the Greek.”

The man who made history as “The gentleman of gambling” or the “philosopher of gambling,” who lived a life which recalls the movies of Martin Scorsese, died just like the way some gambling legends die, on Christmas Eve — broke, but not forgotten.

The undisputed king of gambling, Dandolou was one of the most honorable players of casino card games in his time. He wrote his own history, passing from rags to riches — and back — more than 75 different times. Information from some sources in the gambling world hints that he won, and lost, more than $500,000,000 during his career.

Even today, more than 55 years after his death, the spirit of “Nick the Greek” continues to hover over the casino felts around the world, and beckons article writers who associate themselves with gambling, summon him so they can speak with the legend.

A Student of Philosophy on Crete

Nikolaos Dandolos was born on April 27, 1883 in Rethymno, Crete. His family came from Smirni and grew up well off for the time. His father sold carpets and his godfather was a shipbuilder who was quite wealthy. This economic stability helped Dandolo study philosophy at the Hellenic Evangeliko College of Smirni. He would then make the fateful decision to migrate to the United States, the land of opportunity.

The truth is that “Nick the Greek” took advantage of every single opportunity that was ever  given to him for a more interesting life. At eighteen years of age, he left for America to gain experience in entrepreneurship and to earn a wage from his godfather — a very impressive, for the time, 150 dollars a week.

But as fate would have it, not only did he not evolve into an entrepreneur; as a result of winning and losing entire properties and fortunes, in the end, he died penniless and without any property at all. 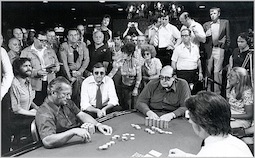 From Chicago to Montreal

Dandolos’ first stop in America was Chicago. He fell in love with a young woman there, but their relationship didn’t last. When they broke up, he moved to Montreal, Canada, and it was there that his efforts at entrepreneurship finally faded away.

While in Montreal, he met a famous horse racer who taught him all his professional secrets. Dandalos’ love for horse racing had just begun. In the space of just six months, the young Greek immigrant managed to rack up winnings of $500,000.

His later return to Chicago marked the beginning of his legend. There, he soon became a connoisseur of card playing and dice games, with casinos begging to recruit him so they could somehow fix the damage he was incurring to their coffers.

“Nick the Greek” didn’t accept any of those proposals, and continued to play, his legend growing apace. Even when he would lose $100,000 in only one bet, he still wouldn’t stop betting. At the same time, he was becoming increasingly popular at high-stakes games because he was widely known to be an honorable gambler.

As time went by, his fame only increased, and he began to be widely referred to as “Nick the Greek.” One of his famous poker games, played with among others the former ruler of Egypt, King Farouk, lasted ten entire days and drew the attention of mob bosses.

When a Mob Boss Called Nick The Greek a “Coward”

This legendary game understandably became the epicenter of the “El Maroco” club. When the game was finally over, the Greek immigrant had won hundreds of thousands of dollars, causing dissatisfaction from a mob boss named Costello, who then dared to say to him: “Greek, you are leaving because you are a coward.”

Dandolo then turned to King Farouk and asked him to shuffle the cards. Then he turned back to Costello, saying, “Now, amico, come and draw a card, the lowest one loses $500,000.” The Italian mob boss declined the offer. The next day the Chicago Times wrote, “Costello won’t always be the leader of the mafia, just like Nick the Greek will always be the King of poker.”

The Historical “Marathon” with Johnny Moss

Dandalos played many games like the one that went down in history, which ultimately was the inspiration for the “World Series of Poker.” The gambler’s showdown with the legendary Johnny Moss seemed to be just another such game.

It all started in the summer of 1949, when Dandolos made an unusual proposal to Benny Binion, a casino owner and poker lover. His proposal was to hold a poker marathon with the top poker players of his time.

Benny agreed and closed the deal with Johnny Moss, but with one condition… to become famous. And that is exactly what happened. This particular game started in January of 1949 — and ended in May of 1949. It was only natural that it has gone down in history as the biggest, and longest, poker game that has ever been played.

The players had breaks only for food and sleep. In the end, Moss would finish the game winning two million dollars and “Nick the Greek” would say the legendary words: “Mr. Moss, I’m going to have to let you leave.” Many said that The Greek quit only from exhaustion, mainly because he was twenty-four years older than his opponent.

After Dying Broke — He Was Buried Like a Croesus

“Nick the Greek” died on Christmas Eve, 1966 at the age of 83. He died poor, although in his last years he had played for small stakes in northern California. But naturally — being Nick the Greek- he couldn’t go out of life like a pauper, even if he was one on paper at the time of his death.

Some wealthy and influential friends got together and decided to give him the most elaborate funeral they could imagine, with a golden casket, and buried with all the respect and honor he deserved.

Everyone came to his funeral, all his famous and wealthy friends from the old days, from the biggest stars to royalty, from the most powerful mob bosses to the biggest gamblers. Everyone from the heyday of gambling and show business was there.

The first one at the funeral, not surprisingly, was Frank Sinatra. Crying like a baby, Sinatra said in his eulogy, “Nick, you were so pure and honest that the only properties that you ever claimed were your charities.” Indeed, all of the publications at the time which told the story of Nick the Greek’s life and death mentioned that he gave about twenty million dollars to various charities from his winnings.

Stories That Made History

Not just the reputation, but mostly the unique personality, of Nikolaou Danadolo had captured the attention of many notable people of his time. The Cretan immigrant called “Nick the Greek” socialized with everyone from Aristotle Onassis to Albert Einstein.

As hard as it may be to believe today, Danodolou would indeed often go on a night out with the great physicist, but fearing that his patrons would not respect his brilliant friend, he would often introduce him as “Little Al from Princeton.” (Einstein was a member of the Institute of Applied Studies at the university there). Einstein, however, reportedly enjoyed himself a great deal on these outings.

“Luck is like a woman, and this woman happens to be the love of my life,” was one of the mottoes of the man who will go down in history as “Nick the Greek.” But to be as successful as he was, and as well-loved by all he met, it takes more than just luck. It takes determination, smarts and a type of winning personality that will never be forgotten.