Athens Airport Among Top Three in the World

The Eleftherios Venizelos International Airport in Athens is considered to be among the best three in the world, according to recent survey by Air Help, an air passenger rights specialist.
The survey is based on several parameters. On-time performance, which calculates how likely it is that the flights will be on time; service quality, based on the opinions of thousands of passengers regarding customer service; and queues are also considered into the rankings. The cleanliness of the airport’s food and shops, based on the rating passengers give to each airports’ eating and shopping options, is also taken into account.
According to the survey, Athens’ international airport came in third in the entire world behind the international airports in Doha, Qatar and Tokyo. 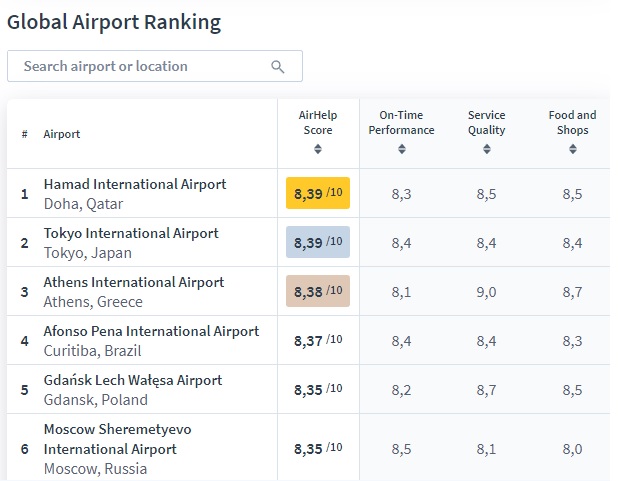 A new earthquake measuring 5.9 on the Richter scale shook central Greece at 20:38 on Thursday. The epicenter was near the town of Elassona.
Greece

The Dodecanese, the island archipelago which literally means ”The Twelve Islands”, officially joined their motherland of Greece on March 7, 1948.
Celebrities

George Clooney called for the return of the Parthenon Marbles to Greece saying that “the Sculptures must be returned to their original owner.”