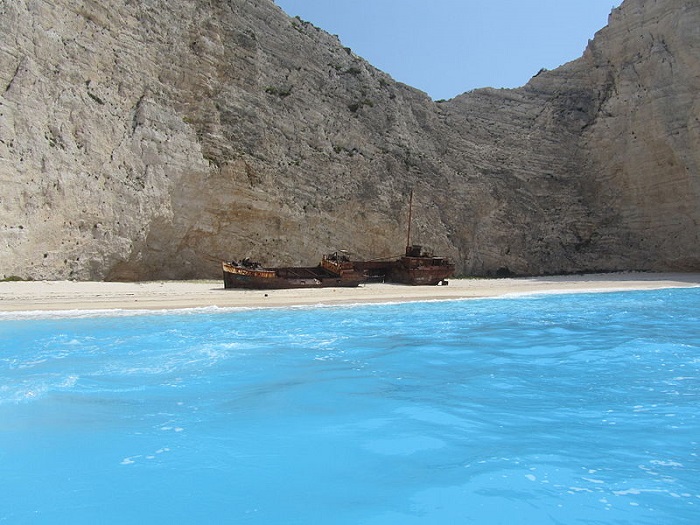 Greek authorities on Sunday gave the green light to the reopening of the stunningly beautiful beach of Navagio on Zakynthos after the introduction of new security measures, following last summer’s rockfall.
The new security measures were worked out by Efthimios Lekkas, the president of Greece’s Geology and Geo-environmental Department, along with his team.
Navagio beach will now be divided into three zones, which will be clearly demarcated. The first will have free access; the second zone will see restricted use after a rainfall or an earthquake, and it will be supervised.
The third zone on the beach will be completely closed to all visitors.
A large rockslide occurred on Navagio Beach in the summer of 2018, forcing the Greek authorities to take further security measures to avoid additional accidents. A section of white stone from one of the hills surrounding the beach sheared off without warning and dropped straight down, frightening and injuring beachgoers.
Navagio Beach was originally known as “Agios Georgios Beach.” On October 2, 1980, the freightliner MV Panagiotis ran aground in the waters around Zakynthos Island during stormy weather and poor visibility. It has been rumored for years that the ship was smuggling contraband including cigarettes and alcohol.
The Panagiotis was abandoned after running aground, and it still rests half- buried in the limestone gravel of the beach, which is now known worldwide by its nickname “Navagio” (“Shipwreck”).