US Senators Introduce Legislation to Strengthen Ties with Greece, Cyprus 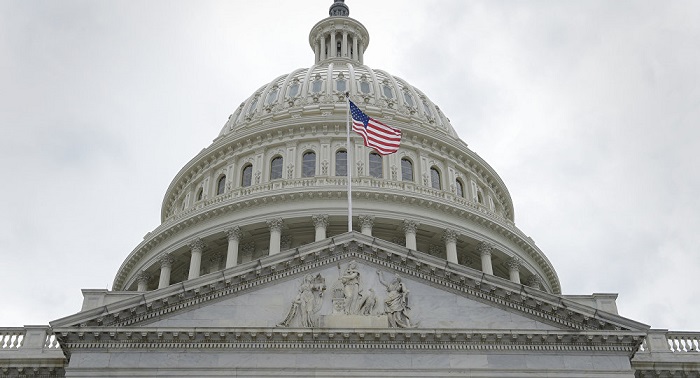 US Senators Bob Menendez (D-N.J.) and Marco Rubio (R-Fla.) announced on Tuesday the introduction of bipartisan legislation to reshape U.S. strategy in the Eastern Mediterranean.

The Eastern Mediterranean Security and Energy Partnership Act of 2019 would allow the U.S. to fully support the trilateral partnership of Israel, Greece, and Cyprus through energy and defense cooperation initiatives – including by lifting the embargo on arms transfers to the Republic of Cyprus.

The legislation also seeks to update U.S. strategy in recognition of consequential changes in the Eastern Mediterranean, including the recent discovery of large natural gas fields, and a deterioration of Turkey’s relationship with the United States and our regional partners.

It also calls on the Secretary of State and the Pentagon to produce a report which would list the incidents in the Aegean since January 1, 2017 which are deemed to be violations of Greek airspace by Turkish fighter aircraft.

“The United States has significant national security interests in the Eastern Mediterranean, bolstered by strong and expanding relationships with Greece, Israel, and Cyprus. The cooperation in energy security among these countries in recent years has paved the way for cooperation on a broad, regional security, economic, and energy agenda,” said Senator Menendez.

The legislation also attempts to address a deteriorating relationship between Turkey and the United States, by imposing restrictions on a proposed sale of F-35 fighter jets to Ankara, and by providing military aid to Greece and Cyprus.

By the end of the year, Turkey will have either a F-35 advanced fighter aircraft on its soil or a Russian S-400 surface-to-air missile defense system. It will not have both.

“This bipartisan legislation will continue to enhance our mutual energy and security cooperation with our allies in the Eastern Mediterranean region,” Senator Rubio said. “By lifting the U.S. Arms Embargo on Cyprus and extending necessary Foreign Military Assistance to Greece, this legislation brings forth a comprehensive approach to the stability of key regional partners.”

The Eastern Mediterranean Security and Energy Partnership Act of 2019 would:

You can read a copy of the legislation here.