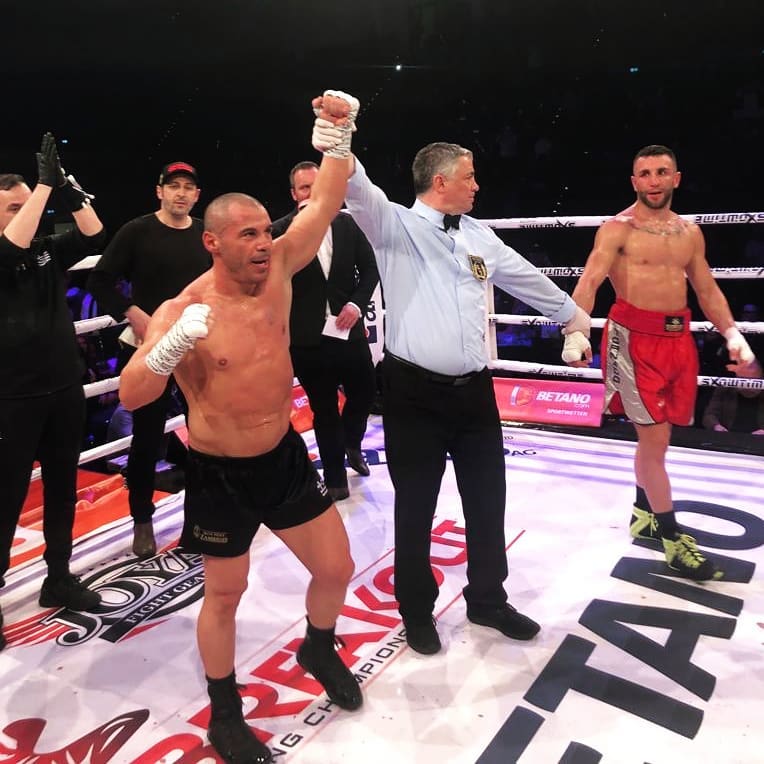 Greek kickboxing champion Mike Zambidis scored a great victory against Spanish boxer Antonio Gomez, fighting for two and a half rounds  in Stuttgart on Saturday — with one arm.
Zambidis exhibited amazing fortitude, managing to somehow overcome his grave injury. The win took place in front of a large and supportive Greek audience in Germany.
The match against the Spanish opponent started ideally for “Iron Mike.” The Greek kickboxer did a superb job avoiding Gomez’s blows, twisting and dodging perfectly. Not for one moment would anyone have guessed that he had been out of action for three and a half years.
During the third round, however, Zambidis sustained a cut on his right bicep. But Iron Mike seemed unconcerned about the injury, asking the officials if the fight could continue if he fought with only one arm.
He ended up fighting in that manner for almost two and a half rounds, triumphantly snatching the match away from Gomez.
At the end of the contest, Zambidis dedicated his victory to Greece’s Independence Day.

A Greek student in the Italian city of Turin has sustained serious injuries after her former boyfriend stabbed her in the neck and chest.
Greek Food

The ''Ouzo'' restaurant is the best choice for those who want to experience the Greek and Mediterranean cuisine in Santa Marta, Colombia
Diaspora