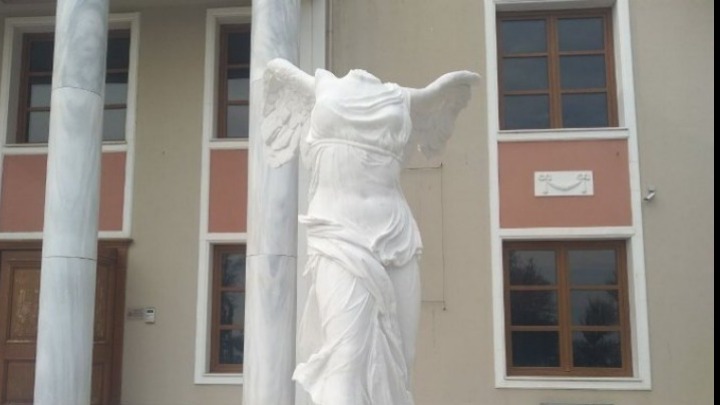 An exact replica of the iconic marble sculpture of the Nike of Samothrace, one of the most spectacular exhibits in the Louvre Museum, has been placed temporarily on the coastal avenue of Alexandroupolis. The exquisite, white marble sculpture will be transferred to the Greek island of Samothrace in a few months’ time.
All past negotiations with the Louvre for the return of the priceless original statue to the nation of Greece have proved fruitless, leading a local Greek official to think outside the box and come up with an acceptable alternative to the real artwork.
Dimitris Petrovic, Vice-governor of the Evros region, told the Athens-Macedonian News Agency (AMNA) that he and the late regional councillor George Pavlidis decided to request two exact, 3D replicas of the statue from the Louvre.
“The idea to ask the Louvre Museum for a 3D digitized archive in order to construct a faithful copy was born in 2012 when we visited the museum of Samothrace,” Petrovic explained. The regional councilors discovered that the copy of Nike which had pride of place at the local museum was of very poor quality. 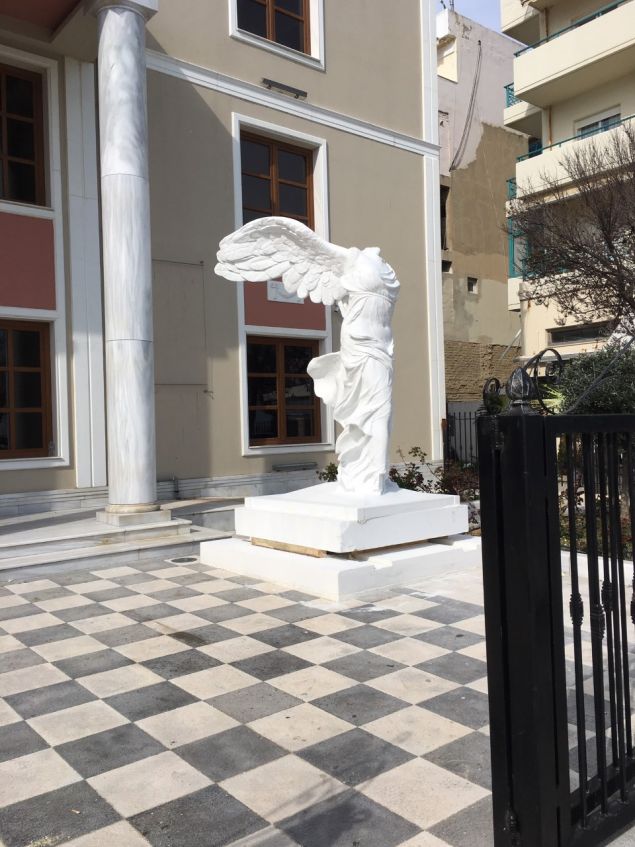 Their request to the Louvre for the exact specifications and measurements to construct two exact certified copies of the statue “was accepted on conditions,” Petrovic told AMNA.
“The copy of the Nike of Samothrace was constructed with marble from Thassos Island at a factory in Drama, and its dimensions are exactly the same as the original’s; it weighs 6.5 tons,” Petrovic said.
The reproduction of the exquisitely-detailed sculpture was funded by Elias Kyriakides, the owner of a large marble company who owned the appropriate robotics to sculpt the replica.
It took three entire months just to outline the sculpting points on the original marble block, which weighed eighteen tons, Petrovic said.
“It then required another three months and two School of Tinos marble craftsmen to sculpt out the details, completing the beautiful copy in the summer of 2018,” the Evros official told AMNA. The local marble is particularly durable to open-air weather, Petrovic noted.
The replica will remain in the Alexandroupolis prefecture courtyard, on the coastal avenue, until its base is prepared on the island of Samothrace by the Archaeological Service.