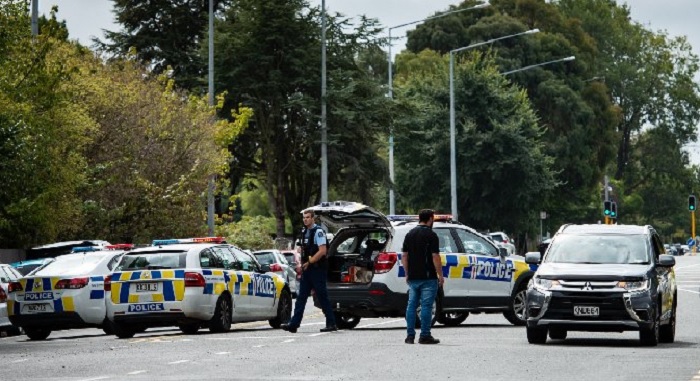 Gunmen opened fire at two mosques during Friday afternoon prayers in the New Zealand city of Christchurch, resulting in the deaths of at least 49 people.

The shootings occurred at the Masjid al Noor mosque at Deans Avenue and Linwood Masjid in Linwood.

The vast majority, 41 people, were killed in the attack on the Deans Avenue mosque shooting, Bush said.

According to the police, one man has already been charged with murder in the wake of the terrorist attacks.

New Zealand Prime Minister Jacinda Ardern said it was “One of New Zealand’s darkest days,” calling the attacks “an unprecedented act of violence.”

In a social media post just before the attack, an account that is believed to belong to one of the attackers posted a link to an 87-page manifesto which was filled with anti-immigrant, anti-Muslim ideas and explanations for an attack.

Australian prime minister Scott Morrison, calling it a “rightwing extremist attack,” said that one of the suspects was an Australian-born citizen.

The Greek consul in New Zealand, Giorgos Neonakis, said that no Greeks were among the victims.

Prime Minister Alexis Tsipras said he was shocked by the attack on New Zealand’s mosques and expressed his solidarity with the people.

“Deeply shocked by the acts of terror in the Mosques in New Zealand. We stand in solidarity with the people of New Zealand. It is our duty to stand for tolerance and religious freedom and raise our voices against far-right extremism and racist hatred,” the Greek prime minister posted in English on Twitter.

The Greek Ministry of Foreign Affairs condemned the attack through Twitter:

Profoundly shocked by appalling terror attack in #Christchurch mosque #NewZealand. We condemn in the strongest terms this heinous act of violence & intolerance. #Greece stands w/ people & gov. of NZ in full solidarity. Our most sincere condolences to bereaved families @MFATgovtNZ