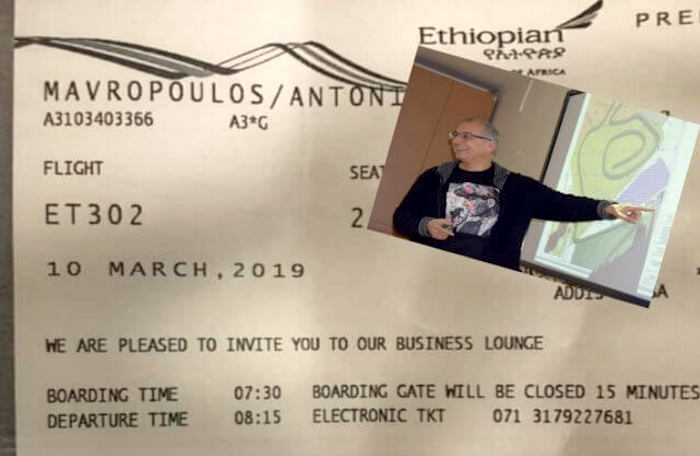 Antonios Mavropoulos claims he missed the Ethiopian Airlines flight that crashed shortly after takeoff in Addis Ababa on Sunday morning.
Speaking with Greece’s ALPHA TV station on Sunday evening, the Greek national said that he missed the flight because he was just two minutes late.
”I could see people boarding. I was very angry they didn’t let me in,” he said, describing what turned out to be the luckiest moment of his life.
Mavropoulos said that he still had all his luggage with him, and this was why the crew didn’t wait for him. This fact was vitally important in later saving him from a great deal of further trouble.
After the tragic news of the crash became known, police authorities were obliged to investigate him, as he was the only person who did not board on the plane.


”There was no logical connection between me and the crash, as I had my luggage with me,” Mavropoulos said, adding that ”that is why they didn’t interrogate me further.”
The Ethiopian Airlines flight ET302 had 149 passengers and eight crew members on board. It had been scheduled to fly from the Ethiopian capital to Nairobi, Kenya. It crashed in a field just after its take-off, for reasons that are still unknown.
Ethiopian Airlines officials say there were no survivors from the crash.