GRNews
GreekReporter.comGreeceYorgos Lanthimos: From Greek Television Rookie to the Oscars

Yorgos Lanthimos: From Greek Television Rookie to the Oscars

By Philip Chrysopoulos
February 22, 2019
Facebook
Twitter
WhatsApp
Linkedin
Email
As Yorgos Lanthimos prepares for the big night to see if his latest film will win some of the ten Academy Awards for which it is nominated, one wonders if he had any idea he would ever get this far.
Lanthimos, who has already won many awards for his films, including seven BAFTAs, decided to become a director in Greece in the 1980s.
As he said himself in an interview, it was unthinkable at that time for a 15-year-old boy to say “I will become a director.” Yet that is exactly what Lanthimos did. He thought that as a director, he could at least direct television commercials and make a living behind the camera, instead of getting a “boring” job.
Born on September 23, 1973 in Pangrati, a middle class Athens neighborhood, Lanthimos could have followed his father’s footsteps and become a professional basketball player. Antonis Lanthimos was a talented, imaginative basketball player who played for years for the Pangrati Basketball Club and the Greek national team in the 1960s and 1970s.
Antonis Lanthimos tried to pass the “basketball bug” to his son, as he has said in interviews. In fact young Yorgos did play for Pangrati, but he only made it to the first team three times, when the older players went on strike.
Sadly, Antonis Lanthimos passed away last month.

Young Lanthimos and his love for the silver screen
Despite his father’s wishes, Yorgos Lanthimos was not meant to be a basketball player. His true love was a silver screen in a dark theater.
Young Lanthimos was fortunate to study at the prestigious Moraitis School, as his father was the school’s basketball coach and his son did not have to pay its steep tuition fees. Upon graduation he went on to study business administration, but he quit at the age of nineteen.
He then took the bold step of enrolling in the “Hellenic Cinema and Television School Stavrakos” in Athens to study directing.
He never graduated from the Stavrakos school, but he was talented enough to begin working and making a living shooting television commercials and music video clips.
In the late 1990s Lanthimos began making impressive music video clips for Greek pop idols Sakis Rouvas and Despoina Vandi as well as singers Katerina Kyrmizi and Nikos Grigoriadis.
At the same time, he shot some of the most memorable Greek TV commercials ever, such as the famous “Put the Kot Down Slowly” about Greek village policemen who had seen too many American cop shows.
Lanthimos’ advertisement about the Greek driver in London who almost runs down a Greek woman is equally hilarious. (Watch below)

Still, Lanthimos’ directing skills were not limited to the screen only. He directed four plays for the stage between 2002 and 2011. He was also part of the artistic team responsible for the stunning opening and closing ceremonies of the Athens 2004 Olympic Games.
“I feel more Greek when I’m away from Greece”
Unlike the Hollywood stars he has worked with in recent years, the Greek director stays away from the limelight. He rarely gives interviews, and little is known about his personal life. He is married to French actress Ariane Labed, and for the past few years they have lived in London, his “Ithaca,” as he calls it.
However, Lanthimos has not forgotten Greece, nor his first steps as a director. “In some way, the more I am away from Greece, the more Greek I feel,” he told a reporter.
“In Greece we were making films depending exclusively on our friends and on the generosity of our collaborators… as they worked for little or no money, they lent us equipment or space to work in,” he said.
Now he enjoys the freedom and the funds he has at his disposal to shoot films in a professional environment. Films like “The Favourite,” which made him famous and might even bring him the Academy Award he deserves.
Something probably he could not have even have dreamt of as a teenager in Pangrati. 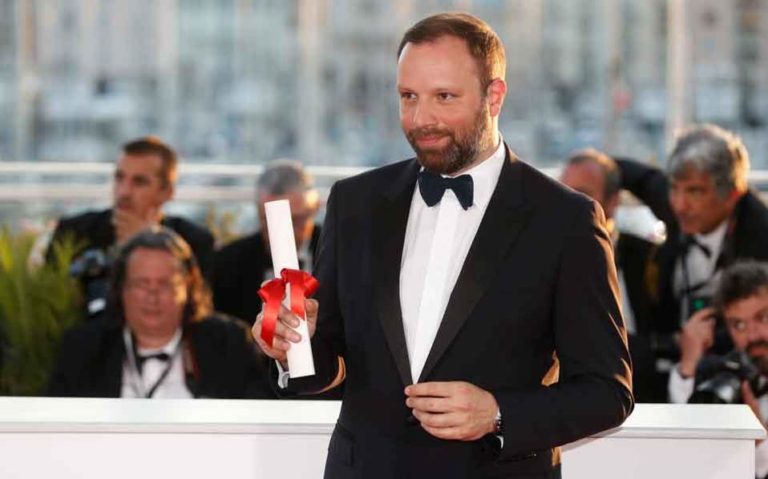