The captain of Aristotle Onassis’ legendary yacht “Christina” broke his long self-imposed silence on Wednesday, speaking about the celebrities the Greek tycoon once entertained onboard.
In an extensive interview with Greek daily newspaper Espresso, 80-year-old Giorgos Zacharias speaks about Onassis’ kindness to his staff and recalls personalities such as Winston Churchill, Greta Garbo, Maria Callas and Jackie Onassis.
Zacharias, who served as the captain of the yacht for ten years, says that Onassis treated him as a trusted and valued employee. He was often the dining companion of the billionaire. 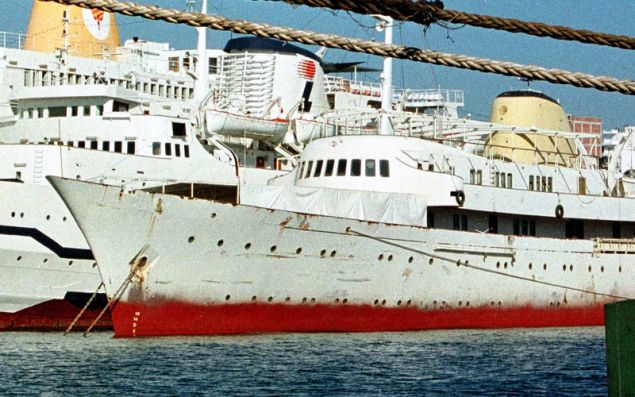 He says he was also on very friendly terms with Onassis’ only son, Alexander, who was tragically killed in an airplane crash at the Athens airport in 1973 at the age of 24.
“We were similar in age and I taught him how to swim and drive speedboats,” Zacharias told the newspaper. The yacht captain was devastated by Alexander’s death.
“Churchill was a very weird person… Because of his weight, most of the time he was sitting on a chair eating, sleeping or drinking… He emptied whole bottles of whisky while on board,” the captain related.

Zacharias says that “he will never forget Greta Garbo.” The Hollywood actress, in her heyday during the 1920s and 1930s, was much older when she befriended Onassis, but she  was “still elegant and beautiful.”
The captain remembers one particular incident in great detail. “Garbo was on the deck with a glass of champagne in hand as we had anchored off Chalkida, in Evia. A local fisherman approached the yacht to wave and say hi.
“She asked the crew to offer him a bottle of whisky… In the morning we discovered that the man had drunk the whole bottle and drowned… Garbo was inconsolable. She kept crying all day,” considering herself responsible for the tragedy, Zacharias explains.
He says that his favorite guest on board the yacht was Tina Livanou, Aristotle Onassis’ first wife. “Every day, she was dining with the crew. She was always asking us if we need something. She was always offering help… She was so cool!”
“Maria Callas was a tough woman and she behaved as a diva. She never got along with the crew,” Zacharias related.

However, he remembers the amazing voice of the opera singer with amazement. Onassis had installed a piano on the yacht so that Callas could rehearse.
“Every evening we sat back being mesmerized by her voice… Maria had two puppies, from whom she was inseparable. When she was singing, the puppies barked as if they were singing in a trio,” he recalls.
Callas may have been distant from the crew, but he remembers the day when she spoke to him just before her divorce with Onassis.
“We were on the speedboat together and she turns, looks me deep into my eyes and says: ‘Giorgo, this is my last day here.’ After two days, they separated.”
As for Jackie Onassis, the former US First Lady and Onassis’ second wife, Zacharias has only bad memories.
“She did not care about the crew, but I also think that she never cared about Onassis too.
“I remember that at her wedding on Skorpios (the private island in the Ionian Sea owned by Onassis) she never even smiled.” 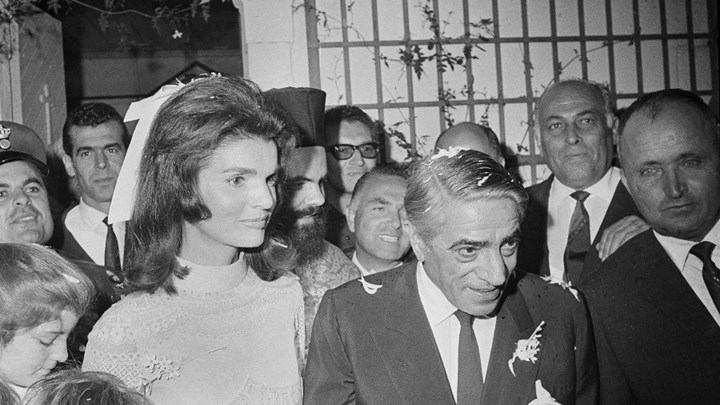 According to Zacharias, Aristotle Onassis had a big heart. He respected his crew and was a great benefactor and philanthropist.
“When I was doing my military service, Onassis helped my family financially,” the captain reveals.
Before Zacharias enlisted, the tycoon approached him, hugged him and said: “During the two years of your military service, I will make sure they have everything. I will send them anything they need,” the captain recalled admiringly.