Stavros Niarchos: The Greek Shipping Tycoon and His Enduring Legacy 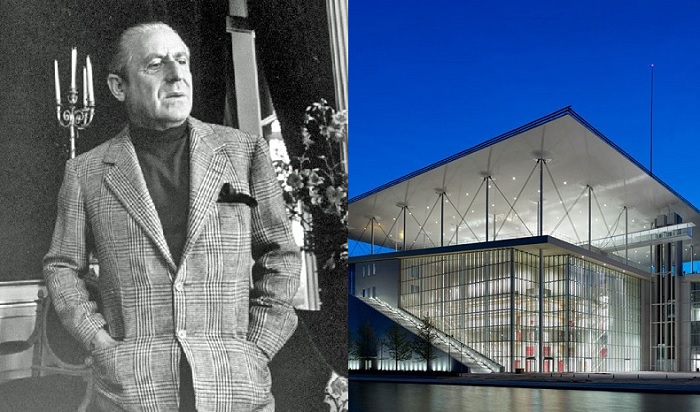 Stavros Niarchos, 3 July 1909 – 16 April 1996, was a self-made businessman of immense wealth with an exceptional ability to make money.
After his death, the Stavros Niarchos Foundation has become a leader of philanthropic donations in the areas of arts and culture, education, health and medicine, and social welfare.
He was born in Athens in 1909, three months after his parents, naturalized U.S. citizens, had returned to their native country on making their fortune with a department store in Buffalo, New York.
After graduating in Law at Athens University, he entered the business world through a chain of flour mills owned by his mother’s family. By the time he was 30 he had built up the shipping side of the business, chartering vessels to carry wheat from Argentina and elsewhere.
When Greece entered the war, he joined the Royal Hellenic Navy, serving on North Atlantic convoys with the rank of lieutenant-commander; he was later named Honorary Naval Attache to the Greek embassy in Washington (1944-48).
He was instrumental in securing from the U.S. government the favorable sale of 100 Liberty ships to Greek shipowners in compensation for damages suffered in the Allied war effort. The sale revived the fortunes of Greece’s depleted merchant marine and made possible its post-war renascence. 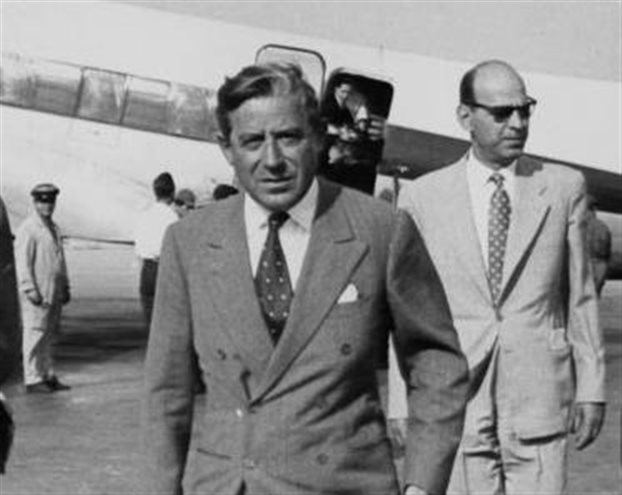 By 1952 he had the world’s biggest supertankers built for his fleet. Propelled by both the Suez Crisis and an increasing demand for oil, he and rival Aristotle Onassis became giants in global petroleum shipping.
Their phenomenal success was primarily due to the early realization that oil would replace coal as the primary fuel of the world economy.
Niarchos and Onassis strengthened their hold on Greece’s merchant shipping when they married the Livanos sisters, daughters of Stavros Livanos, a long-established Greek shipowner.
Niarchos’s marriage to Eugenie Livanos in 1947 was his third. It was said that he originally wanted to marry Eugenie’s younger sister Tina but that Onassis beat him to her.


He took his revenge my eventually marrying Tina in 1971 after the mysterious death of Eugenie at his private island called Spetsopoula.
Three years later, Tina died in circumstances that again were not fully explained. Initially it was thought that she, like her sister, had taken a drug overdose, although it later transpired the cause of death was edema of the lung.

By 1966 Niarchos’ fleet comprised 72 ships trading and 16 on order, including substantial modern and super tonnage. His investments had diversified into stocks and real estate. 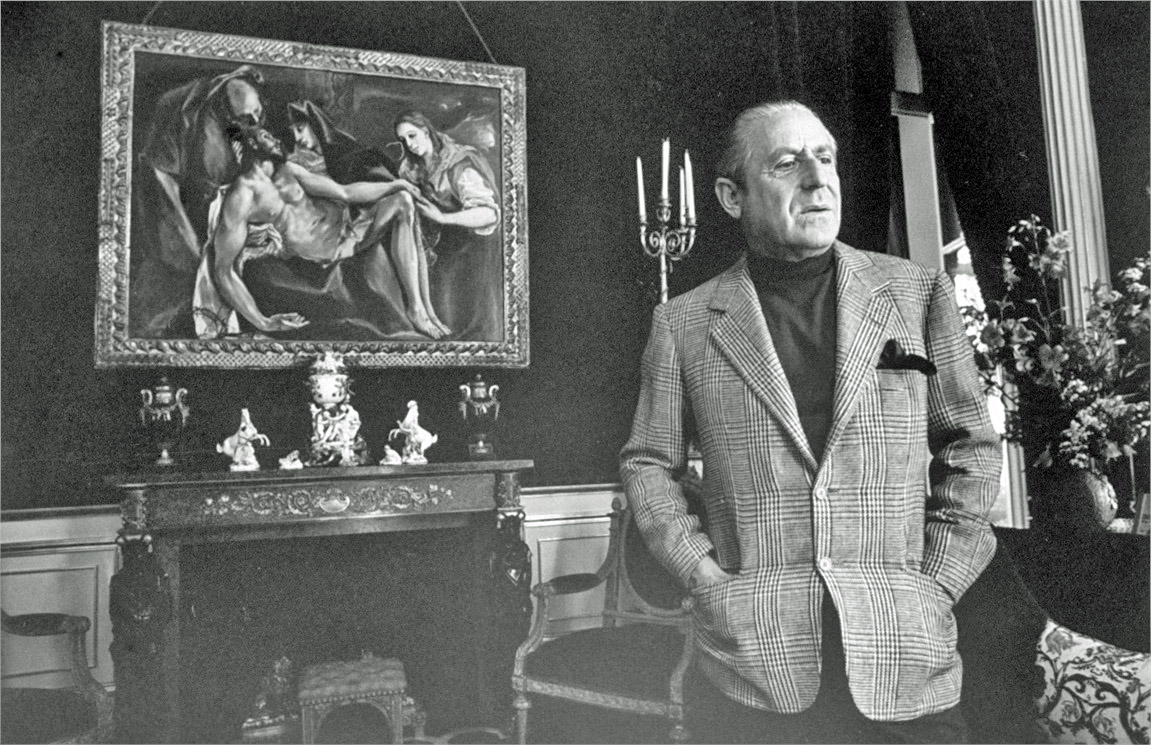 As the Guardian says in an obituary, in the fifties, he positioned himself at the centre of European society, financing cruises for members of archaic and obscure royal houses.
His yacht was the largest private schooner on the open seas, while his Mystere aeroplane established Niarchos as one of the first members of the jet set.
Alongside this fleet, Niarchos also developed an impressive modern art portfolio and owned racehorses.
He always maintained close ties with his native Greece and, in addition to operating most of his fleet under the Greek flag, invested heavily in the country’s industrial base.
Stavros Niarchos Foundation
The Stavros Niarchos Foundation was established in 1996 to honor his legacy.
It is an international philanthropic organization which since 1996 has committed grants totaling more than $1.57 billion, through more than 2,800 grants to nonprofit organizations in 111 nations around the world. 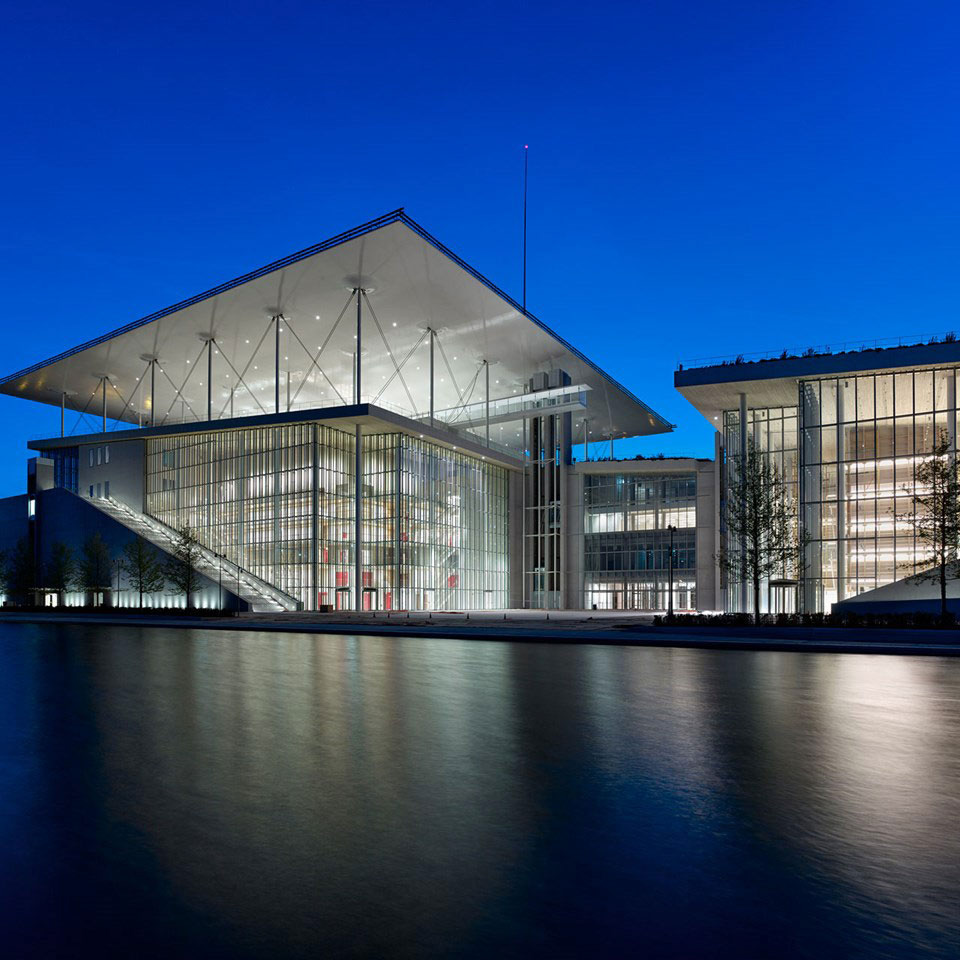 The foundation’s largest single gift ($796 million / €566 million) is the Stavros Niarchos Foundation Cultural Center (SNFCC), in Athens, a project which includes the construction and complete outfitting of new facilities for the National Library of Greece and the Greek National Opera, as well as the creation of the 170,000 m² Stavros Niarchos Park.
The SNFCC serves as a lasting reminder of the power and influence that the shipping tycoon evoked during his lifetime.