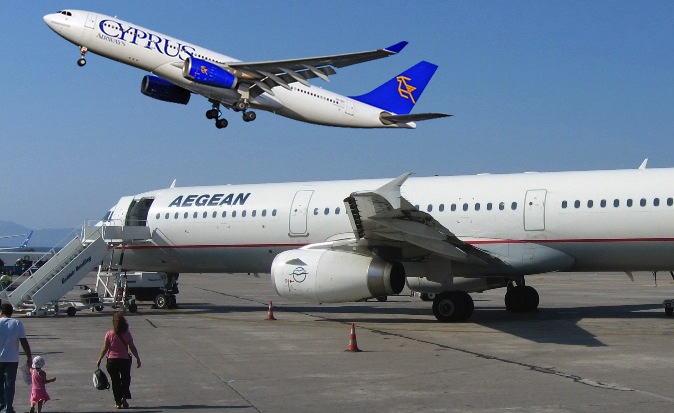 The number of passengers travelling to Greece‘s regional airports was up by 12.3 percent in January of 2019 compared to January last year, according to a statement issued by Fraport Greece on Monday.
Passengers who came to Greece from abroad recorded a rise of 23.6 percent compared to the same month last year.
Thessaloniki’s International airport “Makedonia” welcomed 63,585 more passengers and Crete’s international airport “Ioannis Daskalogiannis” in Chania gained popularity with travelers as well.
Fraport’s announcement also mentioned an impressive 120.6 percent spike in traffic for Mykonos’ airport, which is largely due to the completion of works on the airport’s runway.
A 63.4 percent surge was also recorded in visitors who flew into Kefalonia’s “Anna Pollatou” International Airport.
According to Fraport, the total number of flights to and from Greek airports for January, 2019 was 6,830, which is 14.7 percent higher than last January’s numbers.
The Fraport Greece organization was created in 2015. It is responsible for the maintenance, operation, management, upgrading and development of fourteen regional airports across Greece for the next forty years.
With information from A.M.N.A.