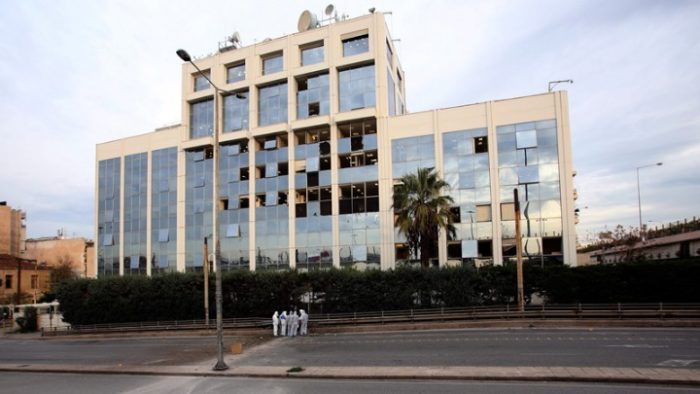 The terrorist group O.L.A. claimed responsibility on Tuesday for the explosion of a bomb outside of SKAI TV and Kathimerini newspaper headquarters on December 17, 2018.
O.L.A., which is an abbreviation for a Greek phrase meaning ”Group of People’s Fighters”, accused Greek media of engaging in a systematic effort to ”promote a capitalist agenda in the country.”
The accusation was made in a statement which was uploaded to the Greek anarchists’ website ”Indymedia”. The missive went on to charge that Greek media are also attempting to ”preserve a political and economic system that is rotting”.
The O.L.A. also claimed that their members placed the bomb in such a way that there would be a minimal risk of injury to people.
The statement noted that their bombing was meant as a ”social-counter violence to the media’s effort to reproduce a xenophobic, far-right and neo-liberal narrative”.
The O.L.A. bomb exploded outside the main building which houses Skai TV station and Kathimerini newspaper in the Piraeus suburb of Faliro on December 17. The explosion caused extensive damage to the building, and the action was unanimously condemned by all parties within the Greek political system.