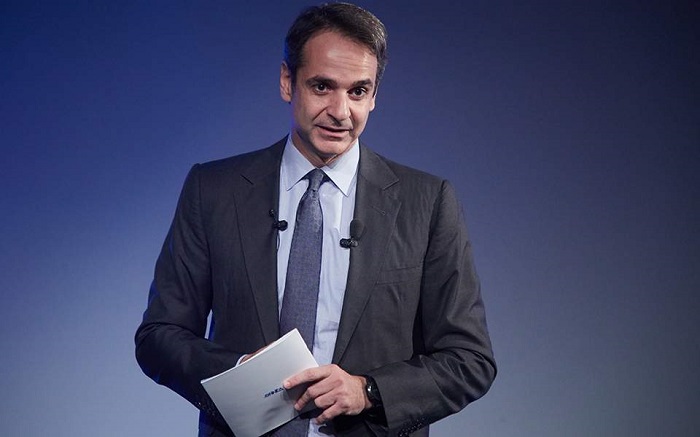 Leader of the New Democracy (ND) Party Kyriakos Mitsotakis warned on Thursday that the separation of powers, and even democracy in Greece, are being undermined by government intervention in the judicial system.
Mitsotakis said in a tweet, “Rule of law in Greece is under threat. Prosecutors involved in Novartis case are publicly threatened by top Minister”. The ND leader was apparently referring to accusations leveled by Alternate Health Minister Pavlos Polakis against judicial officials handling two major corruption cases.

Rule of law in Greece is under threat. Prosecutors involved in Novartis case are publicly threatened by top Minister. Convicted terrorist Koufodinas, on his 6th furlough, takes a walk in Athens. The next elections will be about the economy, but also the quality of our democracy.

“It cannot be tolerated in a state governed by the rule of law, to have an acting minister accuse named prosecutors and investigative magistrates that they (did) not fulfill their mission, in the way he would have liked,” stated Mitsotakis.
The opposition leader added that this was exacerbated by the prime minister protecting the acting minister even after he made such statements.
Earlier on Thursday, Greece’s union of judges and prosecutors slammed Polakis for insinuating that judicial officials handling those cases are deliberately stalling the investigation.
“At a time when European and Greek legislation fully protect the presumption of innocence, a government minister brutally violates this principle,” the union declared in a statement.
“We stress that the minister’s attempt to intervene in the work of the judicial and prosecution officials is an institutional aberration, since it constitutes a direct violation of the principle of separation of powers,” it added.