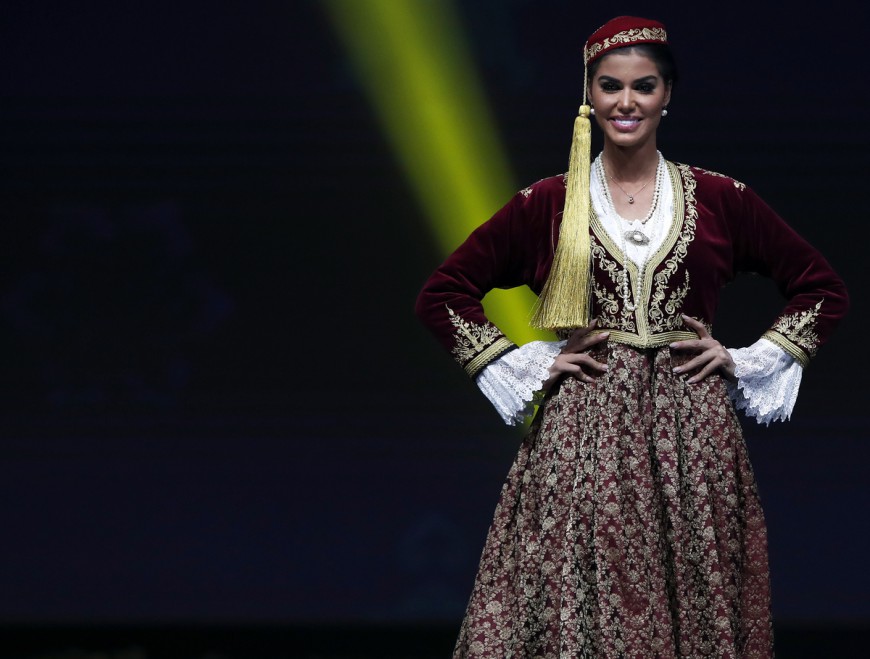 Ioanna Bella, the current Miss Greece, wore a stunning gold and burgundy traditional Greek costume in the Miss Universe pageant in Bangkok, Thailand on Monday.
The most beautiful women from 97 countries are currently competing for the title of “Miss Universe 2018” in Bangkok, Thailand.
Greece is represented by this year’s Star Hellas, Ioanna Bella, who became known for her participation in “Greece’s Next Top Model” reality television show.
One portion of the pageant has all the contestants appear wearing the traditional costume of their country.
Miss Greece chose the traditional “Amalia” costume with a wine-colored skirt, a velvet vest with gold details and a velvet cap with one long tassel.
The Amalia costume is named after Amalia of Oldenburg, who was queen consort of Greece from 1836 to 1862. She was the wife of King Otto (1815–1867), the first King of Greece after the liberation from the Ottomans.