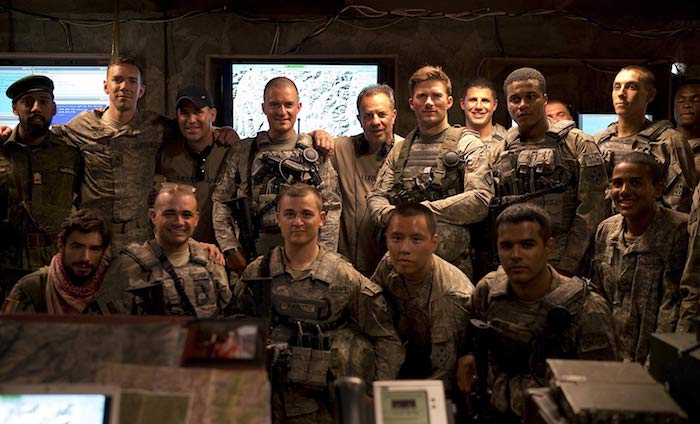 Based on a book by Jake Tapper, the movie was recently covered in a CNN special on Tapper’s show. Directed by Rod Lurie, the film stars Caleb Landry Jones, Orlando Bloom and Scott Eastwood.

The film tells the story of “Outpost Keating”, a fortified area which was attacked and destroyed by Taliban troops during the war in Afghanistan. Only a few soldiers made it out alive from the outpost, which had been sited in an extremely vulnerable area, surrounded by mountains.

The troops engaged in a heroic battle, and survivors earned Medals of Honor for their bravery.

Ty Carter and Daniel Rodriguez, both Medal of Honor recipients and survivors of Outpost Keating, served as consultants during the filming of the movie, which was shot in Bulgaria. They also had small roles in the film.

Outpost Keating was recreated on a massive set 40 minutes outside Sofia, at Millennium’s “Nu Boyana” studios. “The Outpost” finished filming in October, and is currently in post-production. The movie is set to premiere in the fall of 2019.