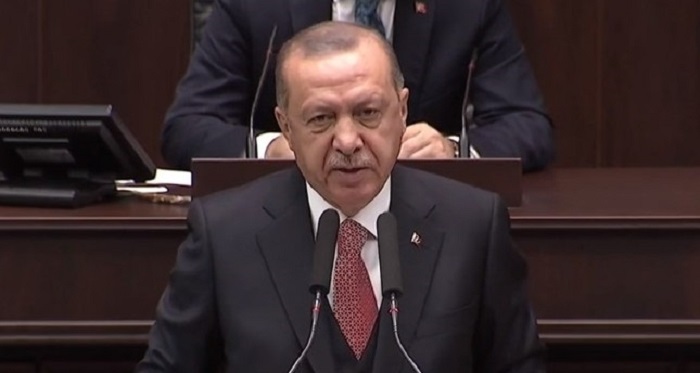 Turkey’s President Recep Tayyip Erdogan on Tuesday warned Greece and Cyprus against “reckless” actions in the eastern Mediterranean, the Daily Sabah newspaper reports.
“The reckless behavior of Greece and the Greek Cypriot Administration, by receiving support from several European states has become a threat and danger primarily for themselves,” Erdogan said. Meeting with officials at the AK Party parliamentary group meeting, Erdogan expressed his concerns about the recent natural gas drilling by ExxonMobil in the eastern Mediterranean.
“As Turkey, we will not make the slightest concession neither in the eastern Mediterranean or any other region and will defend our rights up to the end,” he added.
Turkey has consistently challenged the Cypriot government’s drilling activity in the Eastern Mediterranean, saying Turkish Cypriots also have rights to hydrocarbon resources in the area.
Last week, Binali Yildirim, the speaker of Turkey’s Grand National Assembly, sternly warned international oil companies against energy exploration in the Eastern Mediterranean. He stated that oil resources in Cyprus’s exclusive economic zone must not be exploited before a political settlement is reached on the divided island.