Oncology Professor Says Cancer Can Soon be a Chronic Illness 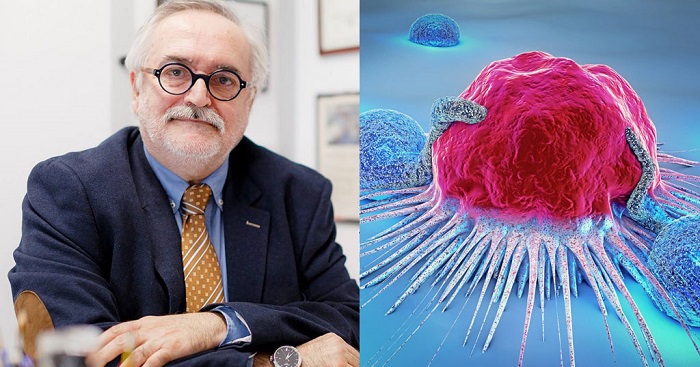 Cancer can turn from a terminal to a chronic illness within the next 10 years, said surgeon oncologist Yiannis Spiliotis on Sunday.
The director of Clinical Counseling at the Inter-Balkan Medical Center of Thessaloniki and the Athens Medical Center made his surprising announcement in a conversation with News Agency radio 104.9 FM. “Cancer is about to be defeated, if not defeated already. Over the next ten years, it will be a chronic disease,” Professor Spiliotis stated confidently.
“It has been shown that 25-30 percent of cancers are due to a hereditary predisposition, which can be expressed under certain conditions. Since the early 2000’s we have decoded the human genome, so we now have prognostic factors. We can now intervene early on behalf of those individuals, so they do not develop malignancies,” the doctor stated.
Some syndromes are hereditary and “if someone in a family develops, for example, a myeloid thyroid carcinoma, then we should remove the thyroid from every individual in the whole family.”
Waking up before 6 AM increases your chances for cancer
Professor Spiliotis also added that daily routines can, under certain circumstances, also activate mechanisms for cancer development. He said that waking up before 6 AM has been shown to increase the likelihood of contracting cancer.
“At 6:15 AM, the brain instructs the adrenal glands to secrete cortisol, which is a stress hormone. If you wake up at 5:30, you do not have that protective factor, and any stress, including emotional stress, can trigger carcinogenic mechanisms,” he stated.
The professor also noted that divorce increases the chances for developing breast cancer in women. A man getting fired from a job also increases the probability of him developing lung cancer. Dr. Spiliotis clarified that a person losing their job or getting a divorce does not necessarily mean that they will develop cancer, but these factors can cause someone to be predisposed to the disease.
In another striking observation, Dr. Spiliotis stated that dyeing your hair more than nine times a year boosts your risk of developing leukemia.
Still, he advises people to not be afraid of cancer, as people routinely were in the past. “We have succeeded and we are on a winning path. From 1970 to 2010, we “gave humankind fifteen years of extra life,” he declared, explaining that in the 1970’s cancer patients often died within six months or a year.
Now, people are routinely living 15-16 years past their time of diagnosis. “Do not be afraid and do not delay, victory is near,” the surgeon encouraged.