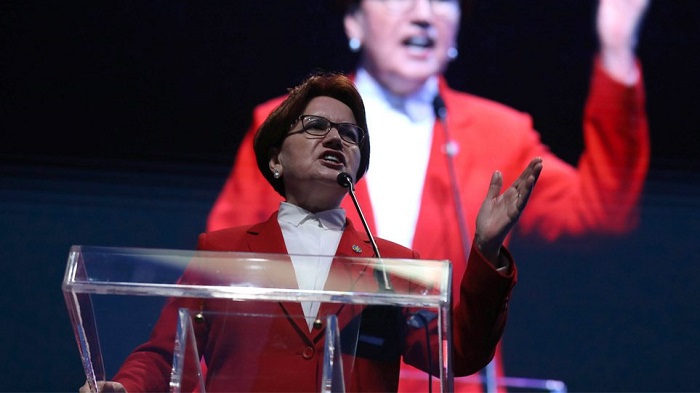 The leader of Turkey’s opposition party Iyi (Good party) on Wednesday threatened Cyprus with invasion following the country’s drilling for natural gas in its Exclusive Economic Zone, the boundaries of which are disputed by Ankara.
Speaking in the Turkish parliament, Meral Aksener lashed out against “imperialist activity”  in the eastern Mediterranean, vowing “Aishe will go on vacation again,” an ominous reference to the code phrase that was used during Turkey’s 1974 invasion of the island.
Aksener has served as Turkish Minister of the Interior and was a vice-speaker of the Parliament.
In 2016, she led an opposition group within the Nationalist Movement Party (MHP) against its leader Devlet Bahceli. On 25 October, 2017, she founded the Iyi Party, of which she is the leader.
Both Turkey and the breakaway state of the Turkish Republic of Northern Cyprus – recognized only by Turkey – have accused the internationally-recognized government of Cyprus of unilaterally conducting oil and natural gas exploration for the sole benefit of the Greek side, without taking into consideration the interests of the Turkish Cypriots. The official Cypriot government denies the accusation.
Earlier in the week, spokesman for the Turkish Foreign Ministry Hami Aksoy claimed that Turkey will start its own drilling operations in ”licensed areas of the Turkish Republic of Northern Cyprus”.