'Lord of the Rings' Petrounias Wins Gold Yet Again (video) 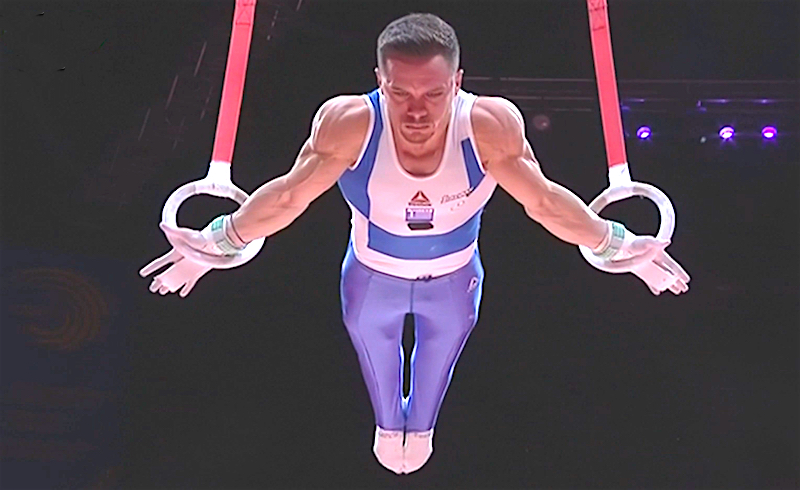 In yet another illustrious addition to his medal collection, Greek gymnast Lefteris Petrounias won the gold medal in the still rings competition after a spectacular performance at the World Gymnastics Championships, taking place in Doha.
Competing despite an injury, Petrounias scored the 11th Greek medal in an international gymnastics competition. It is also Petrounias’ third consecutive gold medal at the World Championships, surpassing Vlasis Maras, who has won two gold medals and one bronze in gymnastics competitions.
Petrounias has also surpassed his idol, Dimosthenis Tampakos, who earned one gold and one bronze medal on the rings; Lefteris Kosmidis, who won one gold medal; while Ioannis Melissanidis and Vassilis Tsolakidis have won one silver each.
Petrounias, who has earned the nickname the “Lord of the Rings” from his fans and from the Greek press, competed despite having sustained a left shoulder injury. Despite this setback, the Greek champion earned a score of 15.366 points for his great effort.
In the past two and a half years, the Greek athlete has been undefeated in World Championship competition and has delivered three gold medals to Greece.

Lefteris Petrounias won the gold medal in rings after a spectacular performance in the World Gymnastics Championships in Doha. Despite his injury, the Greek champion won the 10nth gold medal in a row on an international competition. Read more here: https://goo.gl/rYPLA1