German Press: Greece Will Likely Need Another 'Bailout' Due to High Debt 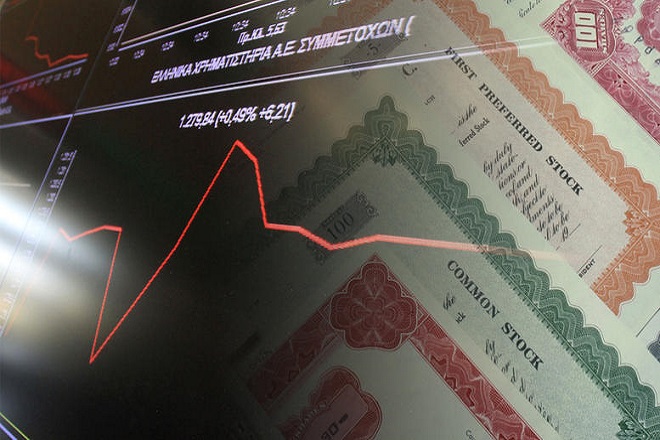 Due to its high public debt, it is doubtful whether Greece will make it on its own in the long run without new financial support, a report by Frankfurter Allgemeine Zeitung says.
This report comes after a comment made by Greek Finance Minister Euclid Tsakalotos to Reuters that Greece can not proceed with a bond issue at the present time because of the economic instability in Italy.
In an article titled “Italy Makes it Hard for Greece to Borrow from the Markets,” it is noted that after the end of the Greek ‘bailout’ program in August, there were expectations that the Greek government can go ahead with a new bond issue. Tsakalotos traveled to Boston and New York to attract new investors, but since then, the bond issue has been delayed.
In its report, Frankfurter Allgemeine Zeitung focuses on Tsakalotos’ statement that Greece is experiencing the consequences of Italy’s dispute with the European Commission over the Italian budget, and that Greece’s return to the bond markets has been “somewhat” delayed as a result.
Despite the Greek finance minister’s reassurance that the Greek economy is under control, Frankfurter Allgemeine Zeitung casts doubt on this claim, stating that the Greek economy will likely need further financial support in the long run due to excessive public debt. The report ads that a new debt ‘haircut’ cannot be ruled out.
“Overall, the country continues to be heavily indebted, as it has received €289 billion in financial assistance. The government debt continues to amount to €310 billion, which corresponds to 180 percent of GDP. It is worth noting that the limit set by the Maastricht Treaty is 60 percent,” Frankfurter Allgemeine Zeitung says.
The yields of Greek bonds mirror the investment risk, the report adds, at 4.2 percent compared to Germany’s 0.2 percent. Even Cyprus, compared to Greece, offers a significantly lower yield of 2.4 percent.