Poll: Nine in Ten Greeks View their Culture as Superior 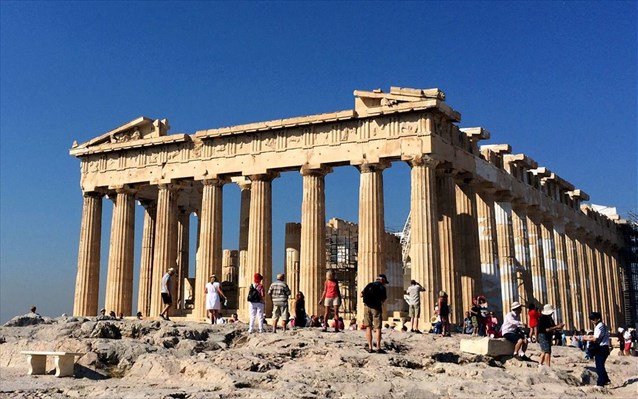 Almost nine out of ten Greeks (89 percent) believe that their culture is superior to others, while three quarters of those polled consider adherence to the Christian Orthodox as an important part of truly being Greek according to the results of a recent study by the Pew Research Center.
The Pew survey was conducted between 2015 and 2017 with the participation of nearly 56,000 adults in 34 countries. Responses were divided into three regions: Western, Central and Eastern Europe.
Overall, the study found that Eastern and Western Europeans differ on the importance they place on religion, their views towards minorities, and on key social issues. For instance, respondents in Central and Eastern Europe were found to be less accepting of Muslims and Jews, same-sex marriage, and legal abortion.
In Greece, only 31 percent of participants said they would accept a Muslim as a member of their family, as compared to 88 percent in the Netherlands and 54 percent in Spain.
Greeks were found to also very particular about their nationality, with 76 percent of those surveyed stating their belief that a nationality is important or very important. Only Armenians (82 percent), Georgians (81 percent), and Serbians (78 percent) were ahead of the Greeks, while only 11 percent of Latvians expressed such a belief.
Greece also ranked at the very top of the list of countries where the natives believe that their culture is superior to others (89 percent). By contrast, in Spain only 20 percent of respondents viewed their culture as superior to that of other countries.
Regarding the acceptance of same-sex marriage, only approximately one in four Greeks (26 percent) viewed it positively, compared to 88 percent of Swedes. Georgia was at the bottom of the list at 3 percent.
Regarding abortion, Greeks were divided, with 52 percent of those surveyed believing that it should be illegal, while 45 percent of respondents felt it should be legal.
The survey also showed that Christian affiliation throughout Europe is declining. For example, out of 83 percent Belgians who reported they were raised Christian, only 55 percent of them are currently practicing Christians. In Norway, the corresponding figures are 79 percent and 51 percent.
In Greece, however, this trend is not observed. Out of the 96 percent who were raised Christian, 93 percent remain practicing Christians today. Overall, Greeks rank as the most religious people in Europe, with 55 percent of respondents stating their belief that religion is very important in their lives, 38 percent attending religious services at least monthly, and 29 percent praying daily. At the opposite end, only 6 percent of Estonians answered that religion is very important in their lives.