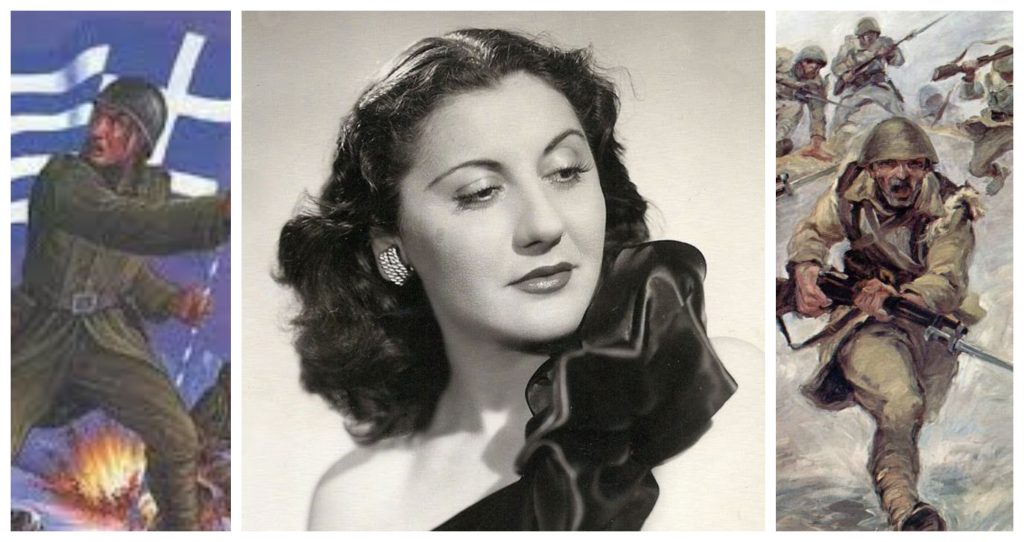 Sofia Vembo – The famous Greek singer of the 20th century, became synonymous with the epic Greek victories against the fascist Italian troops in 1940 and 1941 along the Albanian front.
Born in Gallipoli in East Thrace in 1910, the sultry singer’s real name was Efie Bembou.
Bembou’s family was forced to leave their home after the Asia Minor catastrophe, and Sofia soon found herself living in Tsaritsani, and then later in the city of Volos.
She decided to become a singer, and in 1933 she made her debut in Athens at the Kentrikon Theater, where she sang “Beautiful Gypsy” as part of the Athenian Revue “Parrot.” She later moved to Thessaloniki.
Her unique way of controlling her voice was something that Greek audiences grew to love. She signed a contract with Columbia Records, a company with which she worked until the end of her life. 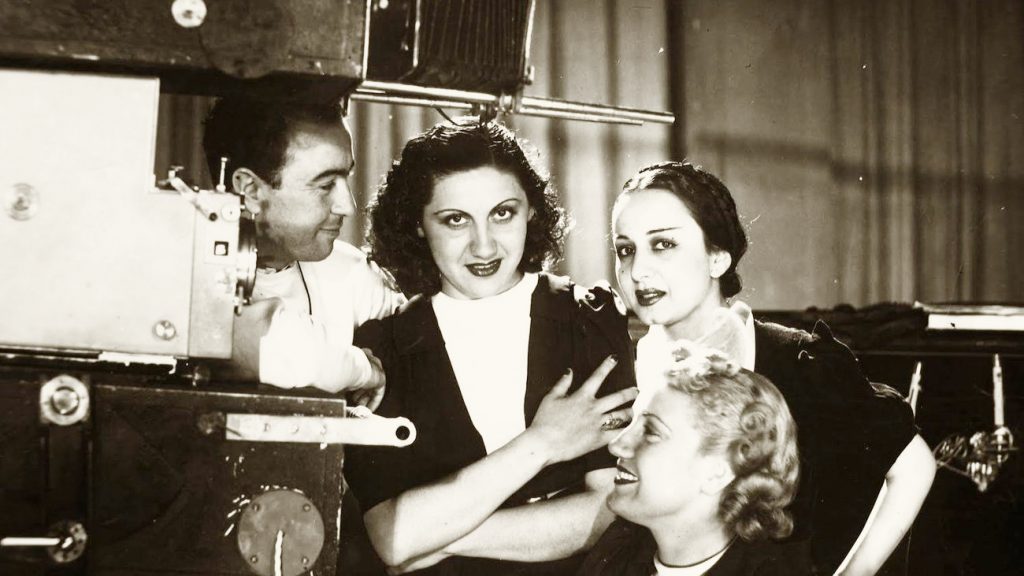 The Greco-Italian war of 1940 found her at the peak of her career, performing songs of a patriotic nature, including pieces which satirized the invading Italians.
Her work became a major source of inspiration for the fighting Greek soldiers as well as for the Greeks who stayed behind to defend their homes.
Vembo herself donated 2,000 gold pounds from her own fortune to the Hellenic Navy to support the war efforts.
She soon became a folk heroine.

With Greece fighting in the war on the side of the Allies in October of 1940, Vembo completely captured the mood of the nation with her songs. She soon became known as the “Singer of Victory.”
The legendary song “Children of Greece,” written by Traiforos (who later became her husband), was sung by everyone during the Greco-Italian war of 1940-1941 and remains one of the country’s most famous tunes to this day.
The most distinct characteristic of her songs was that they portrayed the bravery of Greek soldiers by mocking Mussolini and the Italian aggressors.
Her contribution in raising the country’s morale during those grim times is incalculable.

Following the Nazi invasion and occupation of Greece in April of 1941, Vembo went to the Middle East, where she continued to perform for the soldiers who were in exile.
After the war, she returned to Athens and managed to acquire her own theater.
Vembo continued making appearances in the 1950s and 1960s, but her performances became less frequent. She stopped singing altogether by the early 1970s.
Because of her role in the war and her efforts during the Axis occupation, she was awarded the rank of Major in the Greek Army and she has remained in Greece’s collective memory as the “Singer of Victory.”

The mummies of Egyptian pharaohs Rameses II and Hatshepsut, were taken to their new museum, the National Museum of Egyptian Civilization.
Movies