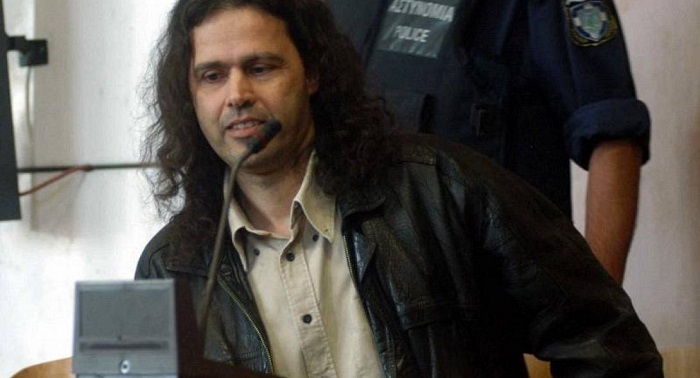 Savvas Xiros, a leading member of the infamous 17 November terrorist group, has applied for parole, claiming poor health.
55 year-old Xiros has been serving a life sentence following his conviction for his actions as a member of the notorious group, which was formed in 1975.
According to his lawyer, Xiros has been certified with a 98 percent disability, and his release from prison is “a few days away.”
Xiros was the first member of the group arrested by Greek authorities. His arrest, on July 29, 2002, followed his injury after a failed bombing attempt targeting the headquarters of the Minoan Flying Dolphins ferry company in Piraeus.
His interrogation resulted in the discovery of two safe houses maintained by the group, and in the arrests of six more suspects, including two of Xiros’ brothers.
The November 17 terrorist group engaged in an extensive urban guerrilla campaign against the Greek state, targeting banks and businesses, as well as American, Turkish, and British interests.
Throughout its existence, the organization committed 103 known armed robbery, assassination, and bombing attacks, resulting in 23 deaths.