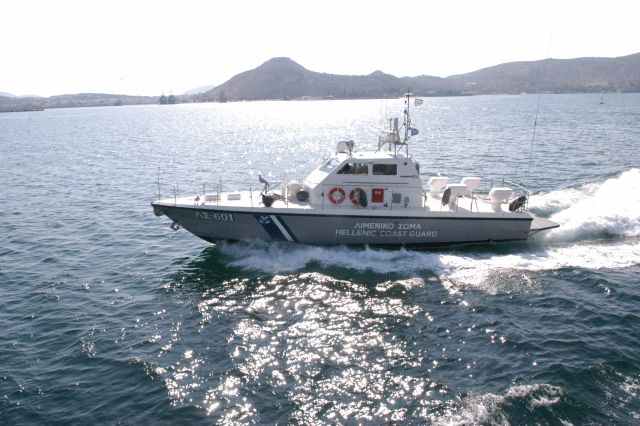 A Greek man who was speargun fishing near Oinousses island on Wednesday said that a Turkish coast guard vessel tried to tie his boat and drag it to Turkish waters and overturn it.
The man, who is a Chios island resident, said that he was in Greek territorial waters when a Turkish coast guard vessel approached hims and asked for his papers, claiming he had crossed to Turkish waters.
The man refused to show his legal documents and then, as he claimed, the Turkish crew  attempted to tie his boat to their own and drag him inside Turkish territorial waters. When they found that it was not possible, they tried to overturn the boat, again, without success.
The Chios coast guard responded on time and upon their arrival the Turkish boat left the area.
The owner of the boat, Antonis Kontos, wrote on Facebook:
“Today I had a different kind of speargun fishing. One in which the Turks asked for my legal documents! After a while they went on and tied me to take me with them!!! And in the end they tried to overturn me or ram me!!! If it wasn’t for the coast guard here, who knows where I would be now?
(For those who know (about the sport) I was at Vatho). It seems that we can’t even do our hobby in this country anymore…”