The Lost Jews of Greece’s Kastoria to Air Sept. 26 (video) 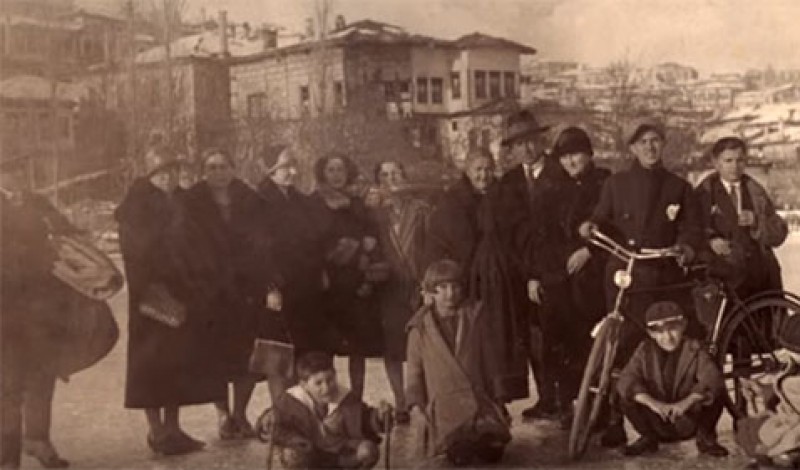 A documentary tracing the 2,000-year history of the Sephardic Jews who lived in the picturesque lakeside town of Kastoria in northwestern Greece and their wipeout by the Nazis will air on September 26 on WNET Channel 13.

Kastoria, in West Macedonia, was a place of beautiful limestone mountains, Byzantine churches, Ottoman architecture, and rich from fur making and fishing.

Romaniote Jews, Norman, Greek, Bulgarian, Byzantine and Turkish ethnicities lived there in the past 2,000 years. The town attracted all ethnicities, rich enough to accommodate all and allow them to live in harmony.

Yet, during World War II, the Nazis literally wiped out the thriving Jewish community of Kastoria. The home of the distinctive Romaniote Jews who settled there 2,000 years before, was extensively damaged and the Jewish population of 900 was reduced to 35 survivors.

The documentary “Trezoros: The Lost Jews of Kastoria,” chronicles the history of that Sephardic community and documents their destruction. “Trezoros” is a Latin term meaning treasures.

Specifically, when the Nazis seized control of the town after the Italians, they rounded up 763 Kastorian Jews and sent them to Auschwitz-Birkenau.

Through never-before-seen archival footage, executive producer and director Lawrence Russo and co-director and producer Larry Confino — whose families have direct ties to Greece — tell the story of a unique, vibrant community that has slowly faded from people’s consciousness, Jews and non-Jews alike.