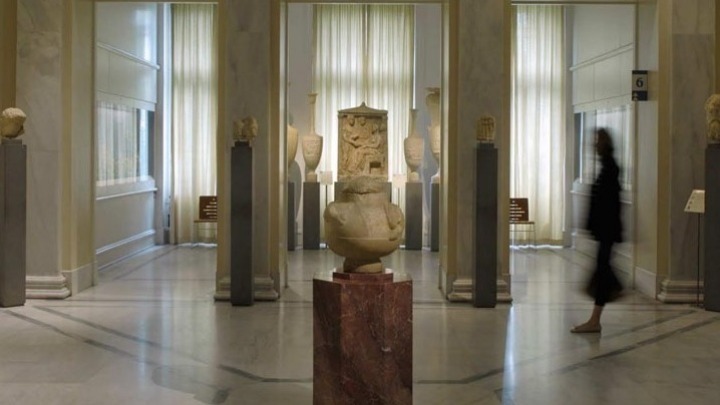 An ‘oil spray’ attack at the Benaki Museum in Athens was reported on Monday, with signs of vandalism using a transparent, greasy substance.
This is the second time in as many months that vandals have struck, following the first incident in late July at the Byzantine and Christian Museum.
According to a museum announcement, traces of the substance were found mostly on pedestals and frames, as well as two items in the collection, and have been removed without causing damage.
“On Sunday, August 26 2018, traces of a scentless and transparent oil-based substance were found in locations in the Benaki Museum. They were caused by two individuals, as in a recent similar case, who were recorded by the museum’s security system cameras. The traces were found mainly on bases and frames, were reversible and have already been cleaned off. On two items of the collection traces of the same substance were found, without having caused damage,” the museum said.
The museum has reported the incident to the police and the culture ministry and is cooperating with both closely to find the culprits and prevent similar incidents, it added.
Source: AMNA