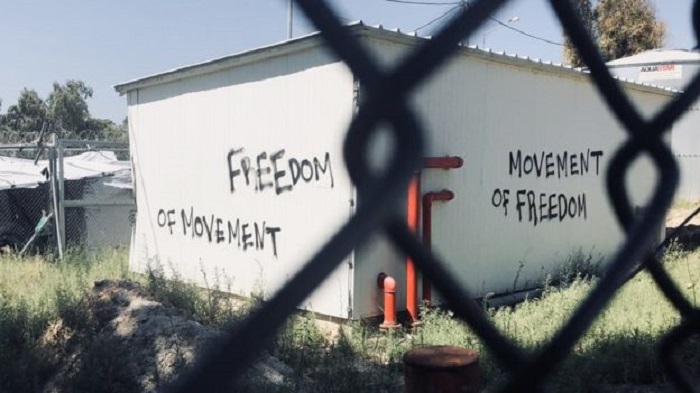 A report in the BBC says that the Moria camp on the Greek island of Lesvos is the “worst in the world”, with children as young as ten attempting suicide.
BBC’s Catrin Nye has been given rare access inside the camp where she says there is deadly violence, overcrowding and appalling sanitary conditions.
An Afghan migrant, interviewed by the reporter, said that her family spend all day queuing for food at the camp and all night ready to run – in fear of the fights that break out constantly.
The place smells of raw sewage, and there are around 70 people per toilet, according to medical charity Medecins Sans Frontieres (MSF).
There are currently more than 8,000 people crammed into Moria camp, which was supposed to house around 2,000.
Charity workers say they have had to deal with children as young as 10 attempting suicide.
“It’s something we’re seeing constantly,” says Luca Fontana, Lesvos co-ordinator for MSF, adding that they are reporting the conditions to the UN refugee agency UNHCR and Greece’s ministry of health.
“Despite the fact that we push to move these children to Athens, as soon as possible, it’s not happening. Those children are still here.”
George Matthaiou, a Greek government press representative on Moria, concedes conditions are terrible, but blames the EU rather than Greece.
“We don’t have the money. You know the situation of Greece, economically,” he says.
“I want to help but I can do nothing, because the European Union closed the borders.”
Watch the full report: