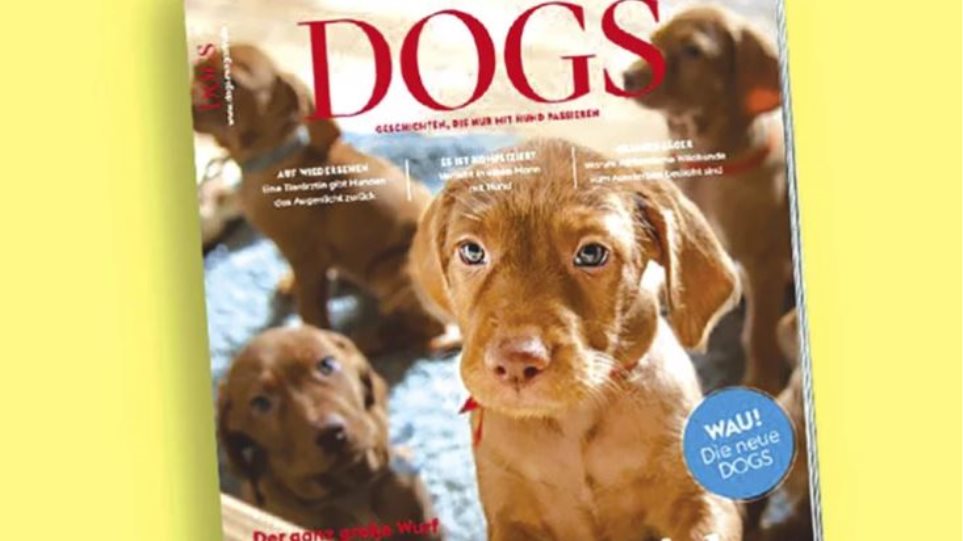 Rambo, a stray dog that was found and is being taken care of by residents of Neochori town on Rhodes, is now famous in Germany as its picture was on the cover of Dogs magazine.
According to Rhodes news website Dimokrati.gr, German journalist Frauke Gans wrote the story of the four-legged survivor and Rambo’s picture made the cover of the German magazine.
“Rambo was abandoned and found a new big family to the residents of a town of Rhodes”, is the title of the Dogs’ report, telling in a particularly touching and humane way the plight of stray animals.
According to the report, Rambo was abandoned near the walls of the Medieval City in the City of Rhodes. His owners apparently threw him from a car and he wandered to Mandraki, without realizing that he was “homeless”. He seemed to be looking for his owner’s car as he was walking the streets of Mandraki. The dog continued his search until he arrived at Neochori town.
Locals saw him walking the narrow alleys of Neochori with his head down. The sadness of the wandering dog was heartbreaking. “His pain was obvious,” said Dimitris, owner of a car rental company. Within a few hours Rambo had a great selection of dishes to munch on, including minced meat, bones, a club sandwich, sausages and water. Restaurant owners, the local butcher, shopkeepers and area residents took the best care of the lovable four-legged visitor.
After satisfying his hunger, Rambo was full of joy, strutting the alleyways wagging his tail. He soon started enjoying his freedom and the loving care of the Neochori residents.
Through the story of Rambo, the report touches on the issue of the countless strays in Greece, dogs and cats. Behind every stray animal that finds care and kindness, there is always an unpleasant story of abandonment.
The large number of stray animals in Greece shows the lack of resources and legislation to deal with the issue. It is obvious, the writer notes, that in these times of economic crisis, tackling the issue of stray animals is not a priority for Greek authorities.