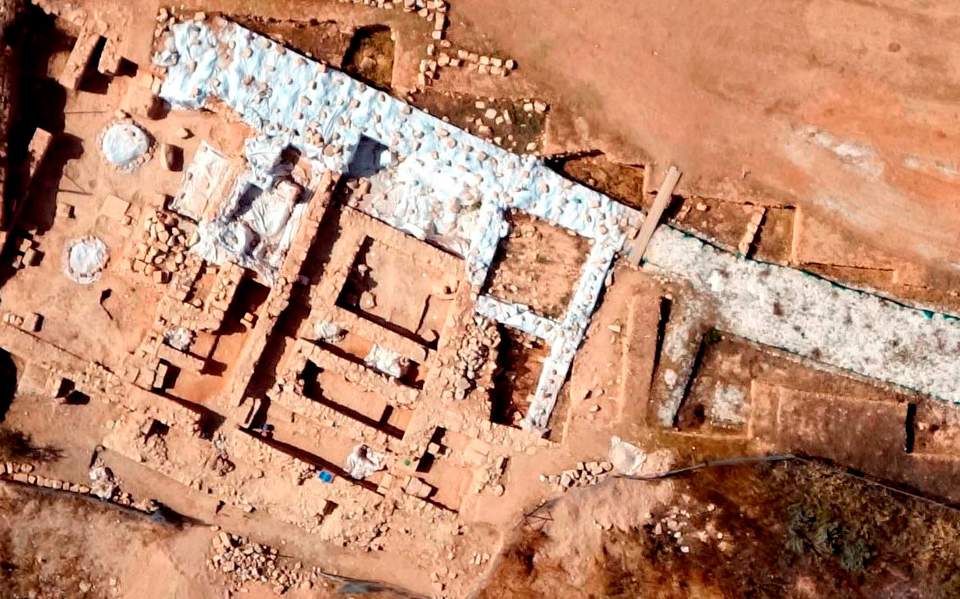 A 5th century BC architectural complex from the royal dynasty of the Paphos era was  identified during the 2018 excavations of the Hatziaptoulla Plateau, one kilometer east of the sanctuary of Aphrodite.
According to the University of Cyprus, the 13th annual field research in Palaipaphos under the direction of Professor Maria Iacovou of the Department of History and Archeology took place between May and July 2018.
Along the north side of the plateau archaeologists identified an architectural complex built in the early 5th century BC by the royal dynasty of Paphos to house the management of economic resources.
The production and storage units are extended outside the acropolis wall that is 65 meters long. Until now, six separate compartments and access corridors have been unearthed and identified. 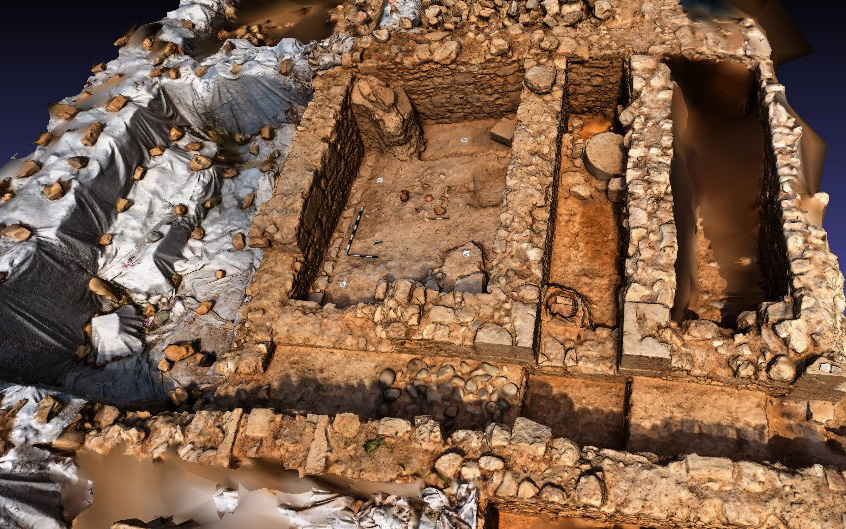 The stone masonry stands two meters tall and the production facilities are well preserved, namely mills, basins, olive presses, weights and pipes. The rich archaeo-environmental data collected and analyzed (animal bones, seeds, olive pits and coal) will allow researchers to learn about the economic model of the ancient state.
Units 3 and 4 confirm the housing of oil production, while Unit 1 was primarily a warehouse: a large number of fragments belonging to domestic and imported  amphorae (mainly for wine) were found. These reveal the range of commercial transactions of Ancient Paphos with Thassos, Kos, Rhodes, Chios, Samos and the Asia Minor coasts (Ephesus, Miletus), particularly from the 4th to the 2nd century BC.
In Unit 2, researchers found large quantities of red seashells. The study of the shells confirmed that while the extraction of the valuable pigment from the seashell gland had been completed in adjacent facilities, the shells were collected for secondary treatment and used, for example, in the preparation of watertight coatings.
Units 5-6 to the north are parts of a single industrial facility that extends between two parallel walls under which stone pipes pass through, connected by a stone bath to Unit 6.