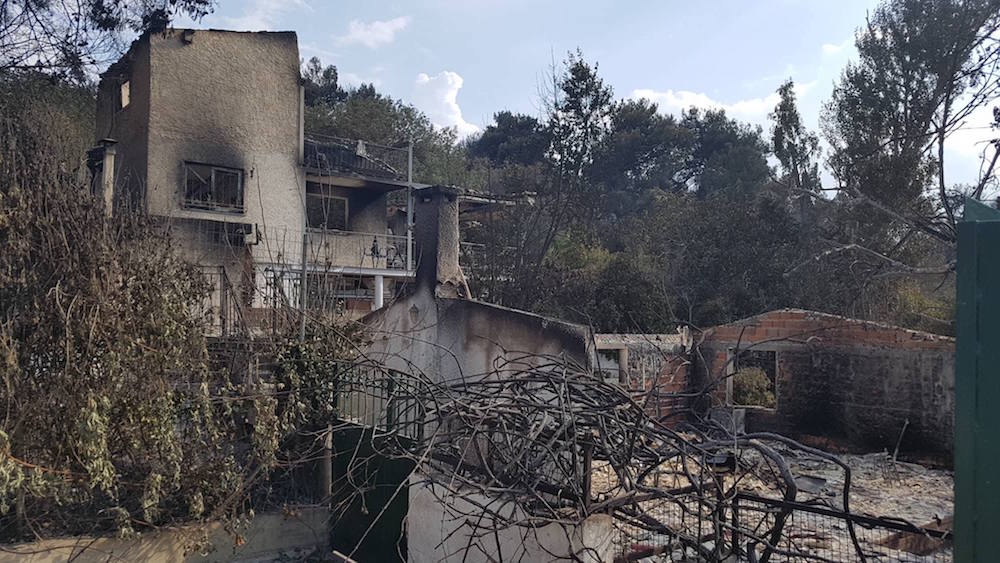 Two Marathon deputy mayors resigned on Saturday as a matter of conscience after the deadly wildfires that left 88 people dead, hundreds injured and thousands of homes destroyed.
Dimitra Lambarou, a deputy mayor for education and culture at Marathon Municipality, which has jurisdiction over the town of Mati that bore the brunt of the disaster, said she was resigning as a matter of “sensibility.”
“I’m really ashamed for all those people who are in positions of responsibility,” she said and accused Marathon Mayor Ilias Psinakis of “not rising to the occasion,” she said on Skai television on Saturday.
Her resignation was soon followed by that of the seaside town’s deputy mayor for development, Vassilis Tsoupras.
“The thought that someone could’ve handled things better than me has prompted my decision to resign from my post as deputy mayor and as a member of the town council and go home,” he said in a Facebook post on Saturday.
Municipal council member Anastasia Pappa followed the two deputy mayors and submitted her resignation, also accusing Psinakis of being absent during the crisis and asked for his resignation.
Several Mati residents who spoke on television complained about the fact that the Marathon mayor was absent the first two days of the catastrophe and appeared on the third day.