Mesmerizing Photo the Moment Ancient Masterpiece is Unearthed at Delphi 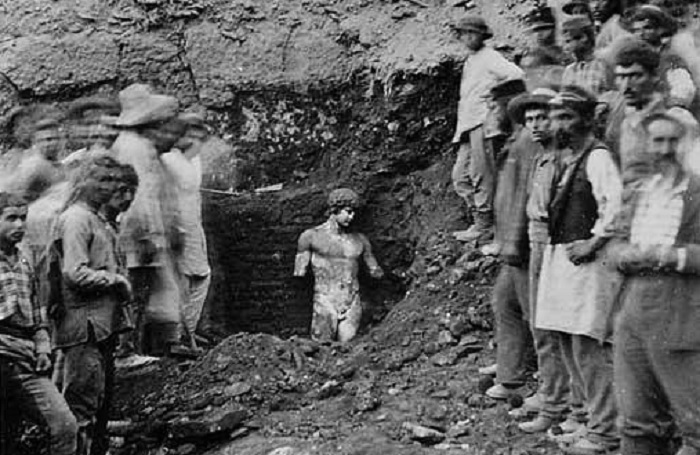 Delphi, Greece, 1894. Archaeologists and workers pose in front of the magnificent statue of Antinous which was unearthed near the Temple of Apollo in the sanctuary at Delphi.
The statue was discovered by a team of French archaeologists who in 1891 were granted permission by the Greek government to excavate at Delphi. Most of the workers were locals from the village of Kastri which, before it was relocated, was built almost on top of the ancient religious site.

In the summer of 1894, the team unearthed the exquisite statue of Antinous, which had been commissioned by the emperor Hadrian in 130 AD. 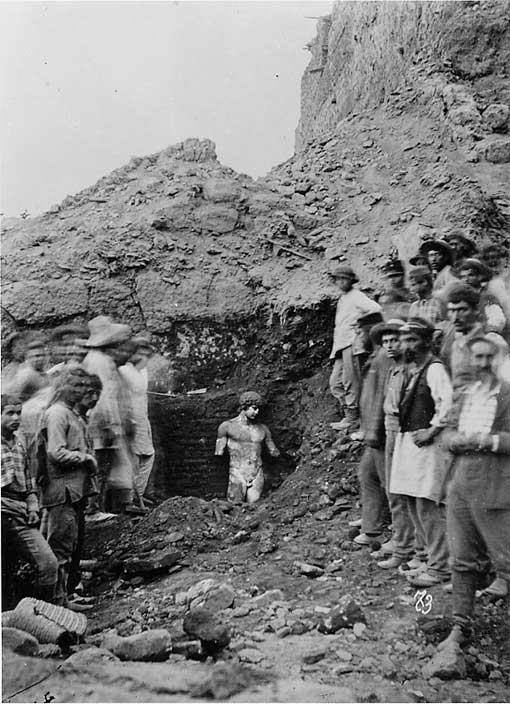 Antinous was a young Greek of extraordinary beauty from Bithynia, who became the beloved companion or lover of the Roman emperor Hadrian, but who later died under mysterious circumstances along the Nile.
Greatly dismayed by the death of Antinous, Hadrian, who was an admirer and a passionate supporter of classical Greek antiquity, as well as a benefactor of the Oracle of Delphi, ordered that statues of the handsome young man whom he had loved so passionately, be erected in all sanctuaries and cities of his vast empire.
He additionally ordered the institution and establishment of athletic games in honor of Antinous, who was then honored and worshiped as a god.
A statue of Antinous was accordingly erected within the sanctuary of Delphi after his death in 130 A.D. It is universally recognized as one of the most beautiful and impressive cult statues of all time. 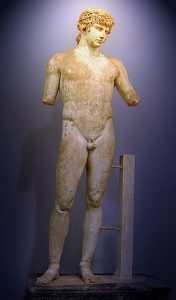 Today the statue is on display at the Archaeological Museum of Delphi.
Archaeologists say that Antinous’ long hair was once crowned by a wreath, since there are indications of a band with leaves made of a different material.
This work exemplifies the evolution of ancient sculpture. Its melancholy beauty, the graceful angle of the head and the high polish of the marble surface embody the spirit of the Roman Imperial Age, when there was a tendency to revive ancient Greek ideals.