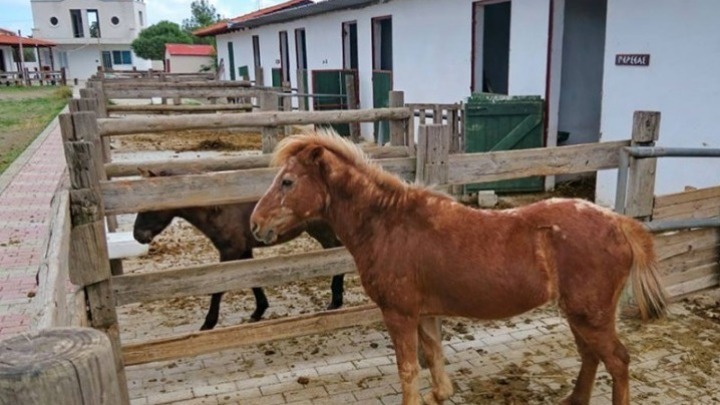 A group of students from Rhodes, Greece, produced a moving documentary about the unique miniature horses, a rare and vanishing breed found only on the island.
The film, entitled simply “Zei” (Greek for ‘it is alive’), highlights the danger of extinction for the species that have been an island trademark for centuries.
Efforts to save the breed began in 2001 by the “Phaethon” club, which succeeded in collecting and stabling the little horses, ensuring their survival, while sensitizing the local community to their plight.
The descendants of an ancient breed, the Rhodian miniature horses reach a maximum of 80-115 centimeters in height but are perfectly proportioned with traits similar to full-size horses and a rich mane and tail.
Though they are also known as Rhodian ponies they do not have typical pony traits, apart from their small size.
The breed has been linked to the island’s cultural traditions, with the mini-horses used by farmers in the winnowing of cereals, and frequent depictions of them in popular art.
According to residents in the Archangelos village, the breed numbered 150 individuals in the 1950s but their numbers dwindled until only six remained in 2000.
Phaethon has turned the miniature horses into a tourist attraction, creating facilities for visitors, thus helping to boost the local economy and establish support for the horses as an element of cultural heritage.