Athens Gets Ready to Rock With Scorpions 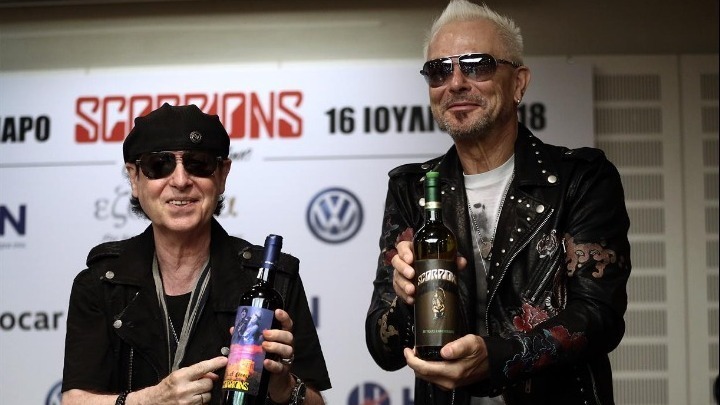 Thousands of Greek music lovers are expected to attend the “Once in a Lifetime” concert by veteran hard rockers Scorpions to be held on Monday in the ‘Kallimarmaro’ Panathenaic stadium in central Athens.
Scorpions, a German rock band formed in 1965, will be sharing the limelight with the Athens State Orchestra, in order to present some of their biggest hits in a symphonic rendition.
“It will not be a simple concert, but a great cultural event, a special experience, not only for the public but also for ourselves,” guitarist Rudolf Schenker and singer Klaus Meine said, setting the tone for the evening’s entertainment.
“We are excited to play in this place, but also to meet familiar faces we met in the early 1990s. Kallimarmaro is reason enough in itself to christen a gig a ‘once in a lifetime concert’. Of course we always played in wonderful places like Lycabettus, just this time the history of the monument and the collaboration with classical music will make the concert unique,” they stressed.
In Monday’s concert, the band said that they will attempt to create a bridge between rock and symphonic music, adding that different types of music need to “meet”.
“Music connects people. It is a dialect that brings people closer, in good times and in bad times,” they said.
Their best-selling album Crazy World (1990) includes the song “Wind of Change”, a symbolic anthem of the political changes in Eastern Europe in the late 1980s and early 1990s and the fall of the Berlin Wall.
It is one of the best-selling singles in the world with over 14 million copies sold. Scorpions have sold over 110 million records in total.
(With information from the Athens-Macedonian News Agency)