GRNews
GreekReporter.comGreeceBomber Gets Life Sentence for 2014 Bank of Greece Attack

Bomber Gets Life Sentence for 2014 Bank of Greece Attack 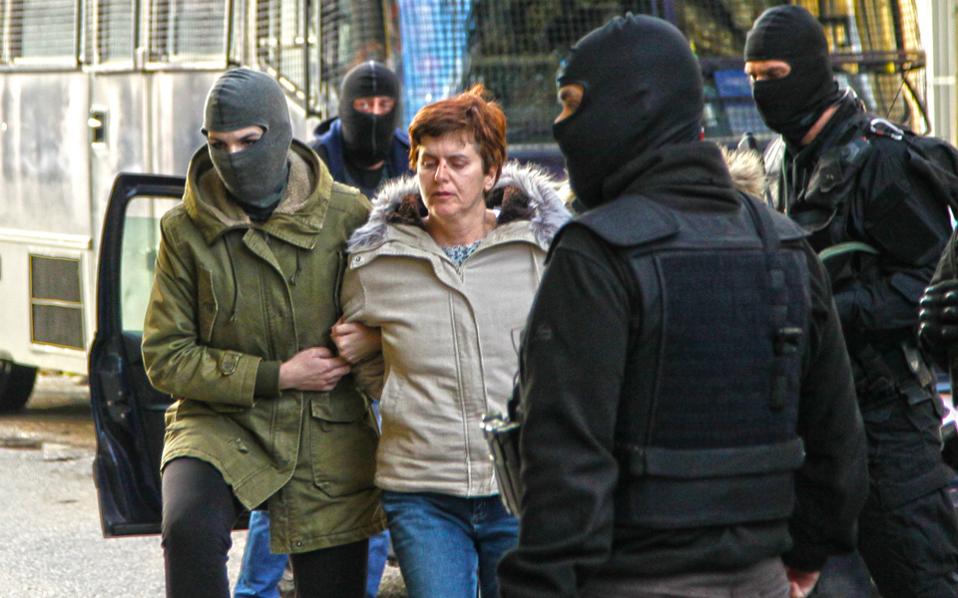 Panagiota (Pola) Roupa, a leading member of Greek ultra-left group Revolutionary Struggle, was given a life term plus 25 years in prison on Wednesday for a car bomb attack outside the Bank of Greece headquarters in Athens and other criminal acts.
Roupa, 49, placed a bomb outside Greece’s central bank offices in April 2014 and was on the run for three years before her arrest in January 2017.
The woman is the partner of jailed Nikos Maziotis, leader of the Revolutionary Struggle. Maziotis was given a life sentence for the same crime in 2016 and his conviction is currently on appeal.
In February 2016, Roupa led a mission to help Maziotis and four others convicts escape Korydallos Prison by helicopter. When the helicopter pilot realized that he had been hired to commit a criminal act, he flew away from the prison with Roupa trying to take control of the aircraft. Finally the pilot made a forced landing, with Roupa running away upon landing.