Greek PM 'Not Worried' about Shrinking of Slender Coalition Majority 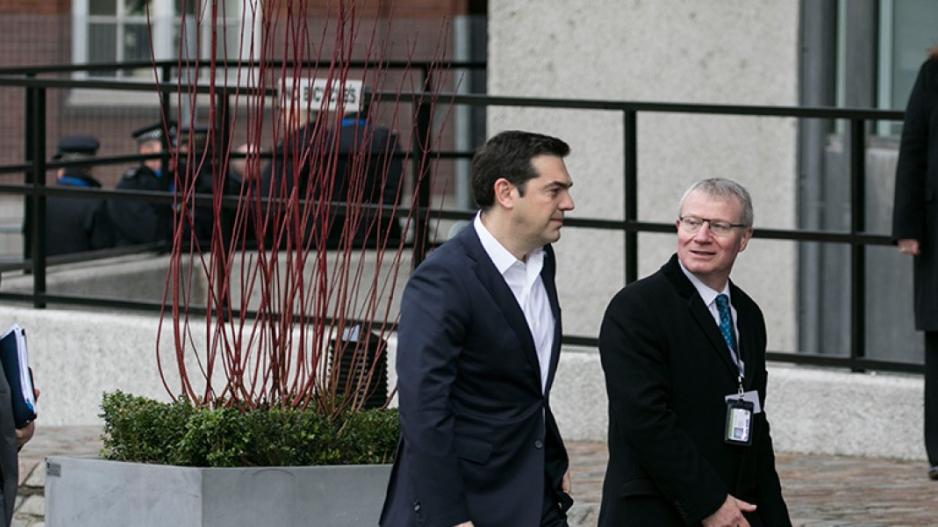 Greek Prime Minister Alexis Tsipras on Tuesday expressed confidence that his coalition majority in parliament is not threatened after Independent Greeks (ANEL) lawmaker Giorgos Lazaridis left the party.
ANEL is the junior coalition partner, currently holding only seven seats in the 300-strong parliament, after the departure of Lazaridis. SYRIZA has 145 seats, thus holding only a fragile 152-seat majority.
Tsipras was in London on Thursday for a meeting with British Prime Minister Theresa May and talks with possible investors. Speaking to reporters, the prime minister said:

“I am not worried about the government’s cohesion at all. I believe the government, which has gone through a lot of trials and tribulations and survived, will continue, despite the foolish plans some people have.”
Official spokesman Dimitris Tzanakopoulos echoed Tsipras, saying that the government’s majority remains “completely solid” and is not under threat after the departure of the Independent Greeks lawmaker.
Speaking on radio station ‘Sto Kokkino’, Tzanakopoulos said: “We continue feeling absolutely secure on the path of a final and irrevocable exit from the memorandum,” adding that “there is no reason for concern”.
Commenting on Lazaridis’ decision and the letter he sent to House Speaker Nikos Voutsis to announce his departure from ANEL’s parliamentary group, Tzanakopoulos said:
“I am really surprised by the timing of this [decision], when the country has made a huge step towards an exit from the memorandum surveillance and only a few days after the Eurogroup’s historic decision.
“Therefore, I believe more explanations should be provided by Mr. Lazaridis than those given in his letter.”