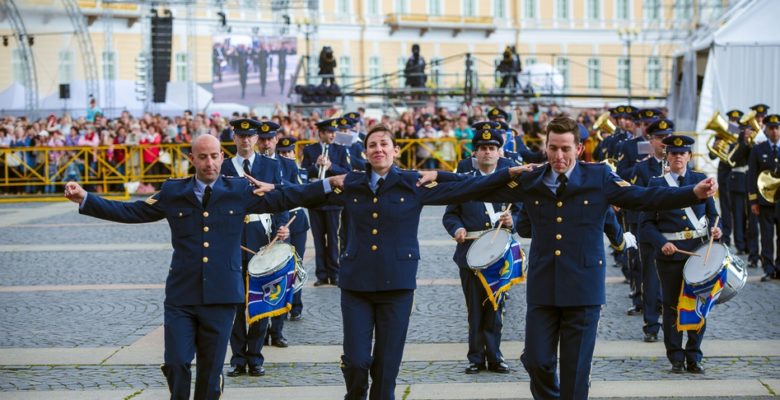 “Zorba the Greek” played by the Hellenic Air Force Band got the St. Petresburg crowd excited during the International Military Bands Festival.

The Hellenic Air Force Band was invited by the City of St. Petersburg for the annual event. Along with the emblematic tune  by Mikis Theodorakis, the Russian audience was treated to other signature Greek music themes as well.

Members of the band danced the syrtaki tune, the most recognizable Greek song and dance in the world, to great applause.