Ancient Theatre of Aptera to Reopen with Performance of Homer's Odyssey 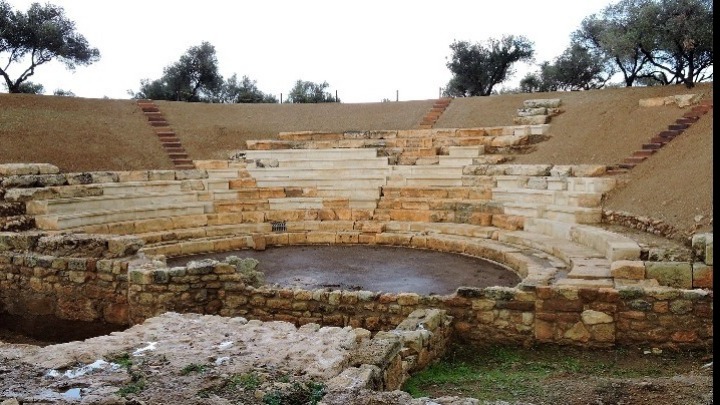 After some 17 centuries of silence at the Ancient Theatre of Aptera in Chania, Crete, the stage will once again be graced by actors and the seats filled with an enchanted audience.
Following restorations of the historic monument, the first curtain call in modern times is set to take place on June 29 and the dramatised narration of a rhapsody from Homer’s Odyssey will be performed by actors Sofia Hill and Antonis Myriagos, accompanied by Giorgos Kaloudis on the lyre and Ruth Hill on the qanun (kanonaki in Greek).
The performance is free to watch with a coupon that is being distributed from Monday, June 18 until Monday, June 25 at the offices of the Chania Antiquities Ephorate.
This historic event has been coordinated by the Chania Antiquities Ephorate in cooperation with the Crete regional authority and other agencies.
The site will open at from 7:45 until 8:15 and the performance is set to start at 8:30pm.