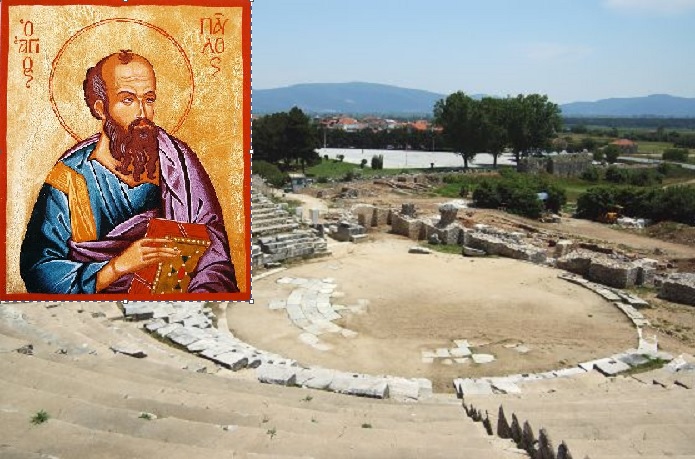 A new app was launched that claims it can guide tourists along St. Paul’s path during his evangelization on the Hellenic peninsula.
Paul constitutes a remarkable personality for the Christian religion, although he never belonged to Jesus’ 12 Disciples. He spread the word of Christianity more than anybody else and for this reason he was named “Equal-to-the-Apostles” and “Apostle of the Nations”.
Among the countries he visited to spread Christianity, Apostle Paul came also to Greece, preaching the Holy Gospel and teaching people about Jesus’ mission. His journey through Greece is a route that can touch not only the believers but also everybody who loves history.
The SaintPaulSteps app contains special features for different cities, including Kavala, Filippos, Amphipolis, Thessaloniki or Athens. It tells the history of the place, as well as what happened to St. Paul there.
In addition, the platform includes prayers and texts for meditation on the adventures and lessons of the Apostle.
It’s even useful for those unable to travel to Greece, but wanting to learn more about this saint.
The app is currently only available in Spanish on Google Play and the App Store.