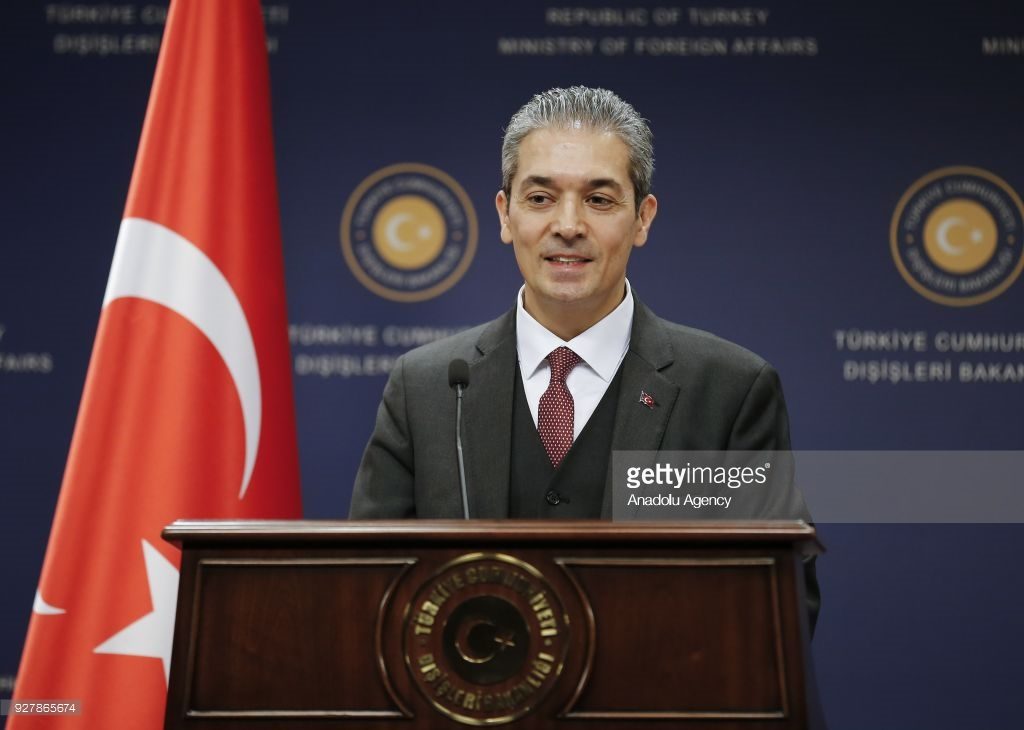 In yet another jab at Greece and its judicial system, Turkish Foreign Ministry spokesman Hami Aksoy on Friday, characterized eight Turkish soldiers as traitors and Greece as a place that harbors them.
The Turkish soldiers fled to Greece on an army helicopter the day after the July 15, 2016 failed coup attempt in the neighboring country and sought asylum. Turkey demands their extradition.
All eight were granted asylum status and this week the Council of State — the country’s highest administrative court — set one of them free, with the remaining seven expected to receive similar results.
The Greek court ruling angered Aksoy, who lashed out at Greece saying that they protect  “coupsmen” and asked the Greek Justice to not make the same mistake with the rest of the Turkish soldiers.
“A country claiming to be the cradle of democracy provides asylum to traitors who are involved in the demolition of the Republic through a coup in a neighboring country. It is really a situation that deserves attention. It shows no respect for international law, and no respect to good neighborliness,” Aksoy stated.
“We call on Greece to avoid such hostile attitudes towards our country. A democratic country can not protect coupsmen. We hope the Greek justice will not make similar mistakes in the following days,” concluded Aksoy.