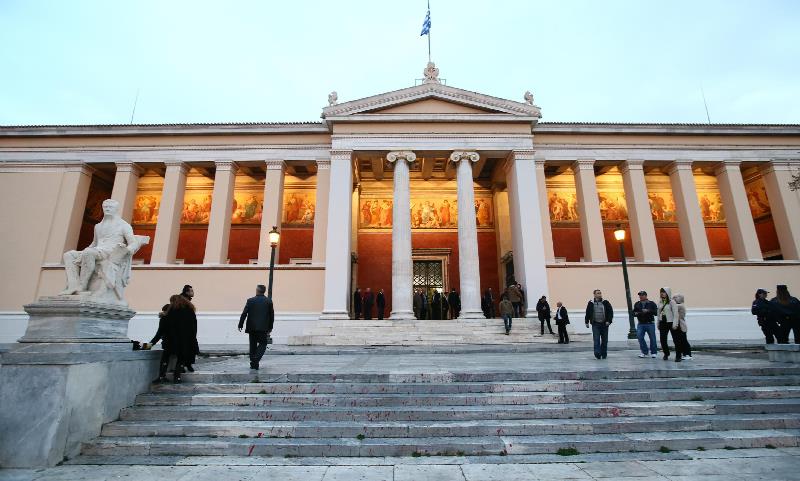 Ten Greek university professors have been among the most cited for their writing and research work by the academic and scientific community over time, according to Webometrics’ Highly Cited Researchers (h>100) ranking chart.
The h-index is an author-level metric that attempts to measure both the productivity and citation impact of the publications of a scientist or scholar. The index is based on the number of the scientists’ most cited papers and the number of citations that they have received in other publications.
Six of the professors are from the National Kapodistrian University of Athens, three from the National Technical University of Athens and one from the University of Ioannina.
According to NKUA, the 2018 Webometrics Highly Cited Researchers (h>100) chart is based on information from public profiles of professors and university researchers in Google Scholar. This classification includes 2,610 highly cited researchers, i.e.  scientists who have at least 100 research papers cited as valid references, by at least 100 researchers who used them for their own work.
The classification includes h-index and citations up until April 2018. Professors and researchers on the chart, whether alive or dead, are ranked with reference to the university they belong to. At the top of the chart is Dr. Sigmund Freud, with h-index 280, and 491,861 references by other scientists or academics.
According to NKUA, the six professors and researchers of the university with significant influence on research worldwide are:
– Paraskevas Sfikas from the Department of Physics with h-i ndex 181 and 149,930 references including those from the School of Medicine
– George P. Chrousos of the Athens School of Medicine with h-index 179 and 132,181 references.
– Professor of Medicine and Dean of the School of Medicine Meletios-Athanasios Dimopoulos with h-index 118 and 60,208 references.
– Professor of Medicine Marinos Dalakas with h-index 105 and 40,203 references.
– Professor of Medicine Charalambos Moutsopoulos with h-index 104 and 44,661 references.
– Professor of Medicine Christodoulos Stefanadis with h-index 103 and 57,879 references.