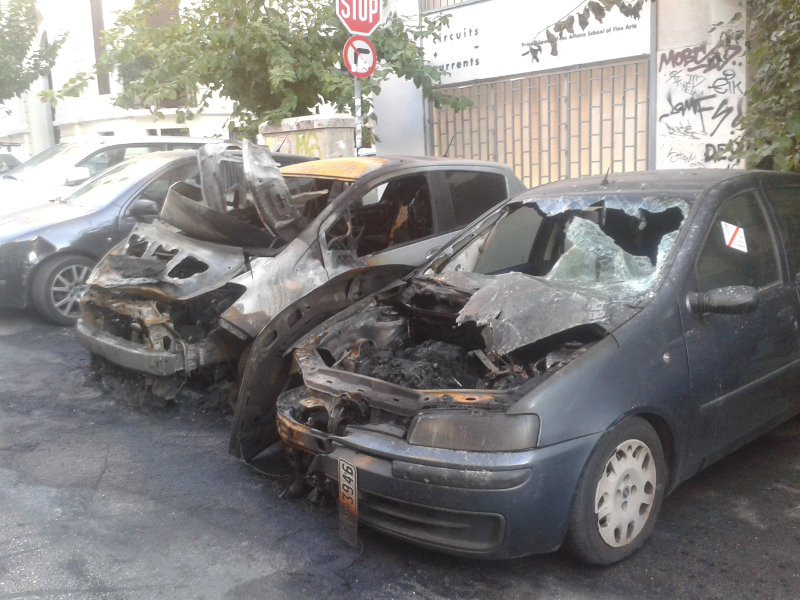 Hundreds of residents of the central Athenian neighborhood of Exarchia have called on the Greek prosecution service to intervene and put an end to the crime, vandalism and lawlessness threatening to turn the area into a ghetto.
A three-page appeal sent by 400 residents warns that anti-establishment, anarchist and other leftist groups are creating an “autonomous state of crime”, as the police and other state agencies are practically banned from the area.


Exarchia strikes fear into the hearts of many Athenians, who have seen televised images of masked and hooded anarchists battling police in the district’s back streets and main squares. Tires are burned to counteract tear gas, windows are frequently broken, cars torched and shops vandalized.
The residents’ appeal records at least 22 offences, which are constantly being committed in Exarchia and make life in the area unbearable.

It also notes that residents are now beginning to think there is an organized plan to make Exarchia a dumping ground for all illegal activities in the greater Athens area.
Residents fear that turning Exarchia into a ghetto will affect tourism as a number of high-profile sights, such as the National Archaeological Museum and the National Library, are all located nearby.
They claim that, if allowed, they could have “solved the problem of lawlessness in a few days themselves”.